Prajapati was arrested on March 15 from the Aashiyana area in Lucknow by the Uttar Pradesh Special Task Force (STF). 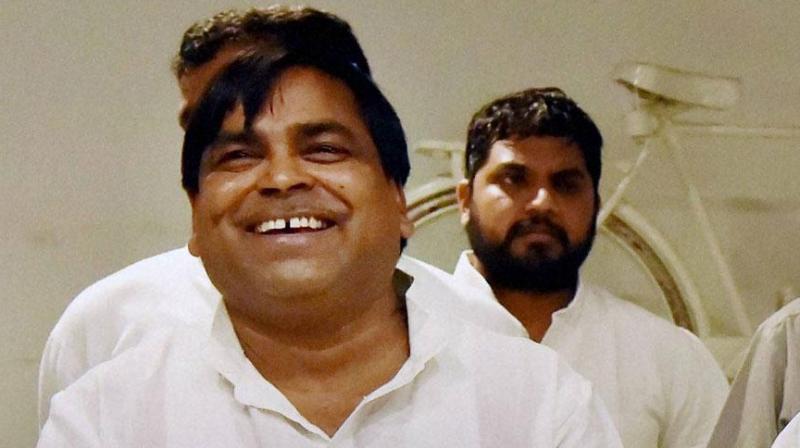 Lucknow: Samajwadi Party leader and former Uttar Pradesh minister Gayatri Prajapati, who was arrested in connection with a case of an alleged sexual assault of a minor girl, was released from the district jail in Lucknow on Wednesday.

Prajapati was on Tuesday granted bail by a Protection of Children from Sexual Offences (POCSO) court in connection with the case.

Two associates of Prajapati were also given bail. The court asked them to furnish two sureties of Rs 1 lakh each and a personal bond of same amount as a condition of bail.

Prajapati was arrested on March 15 from the Aashiyana area in Lucknow by the Uttar Pradesh Special Task Force (STF).

The Samajwadi Party leader, who was also accused of allegedly raping the girl's mother, evaded his arrest for nearly a month before he was arrested.

Earlier in February, a police complaint had been filed against the former minister and six others in the case following the Supreme Court's order.

The Uttar Pradesh Police had also filed a non-bailable warrant against the former minister and six others for the same.