Earlier in February, the suspect was caught travelling with a 32 gm gold coin and 7 cartons of Gudang Garam. 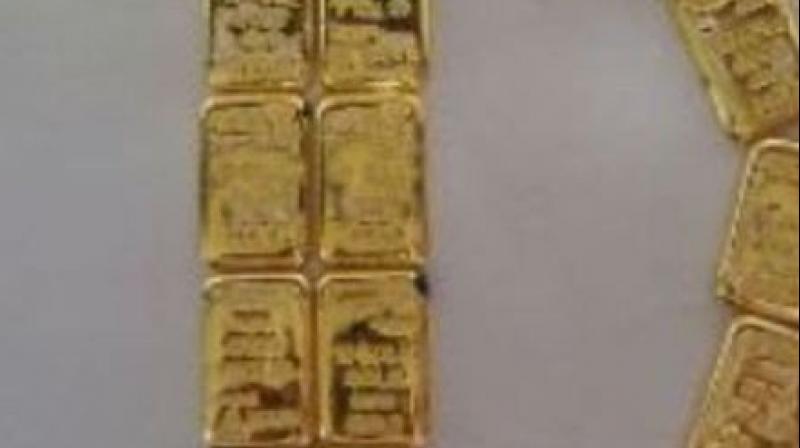 Mumbai: The Air Intelligence Unit intercepted a passenger at Mumbai airport on Saturday morning and seized gold bars worth Rs. 57, 62,000.

The sixteen gold bars each weighing 1,866 grams were cleverly concealed in the laptop bag.

The passenger has been identified as Ziaburahman Thuruthi Mohammed Kunhi from Kerala and was travelling by Emirates flight 506 from Dubai.

Officials say that earlier in February, Mohammed was intercepted when he arrived by Air India flight 984 and found to be smuggling a gold coin of 32 grams and seven cartons of Gudang Garam cigarettes.

A case has been filed by the AIU.