While the police termed it a case of suicide, Sodan's relatives alleged that he was murdered by an enemy. 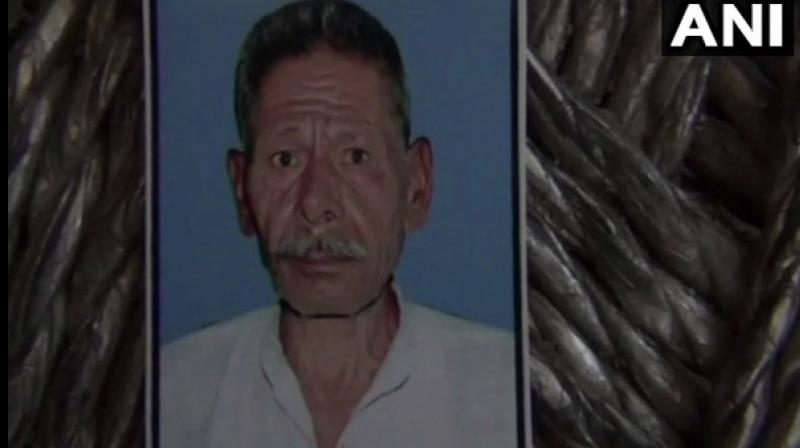 The body of Sodan Singh was found hanging from a noose near a tubewell on Sunday. (Photo: ANI)

Ghaziabad: An accused in the 2013 Muzaffarnagar riots case was found dead in Sikheda village.

The body of Sodan Singh was found hanging from a noose near a tubewell on Sunday.

"In the morning, police was informed that a person has committed suicide by hanging himself on a trail. The post-mortem has also confirmed suicide," said Superintendent of Police, Om Veer Singh.

While the police termed it a case of suicide, Sodan's relatives alleged that he was murdered by an enemy.

"People who killed my brother are from the SC community. Some time ago, they had filed a false report in the police that Sodan had assaulted their daughter. We have filed a case against four people but the police have not taken any action so far," said Karamveer Singh, the deceased's brother.

The clashes that took place in Muzaffarnagar and Shamli districts between the Hindu and Muslim communities in August-September 2013 claimed 62 lives while injuring 93 others and leaving more than 50,000 displaced.

The riots reportedly took place over a minor altercation between Hindu and Muslim youths at Kawal village in Muzaffarnagar district.

Described as the "the worst violence in Uttar Pradesh in recent history," the 2013 riots saw the Indian Army deployed in the state for the first time in 20 years.