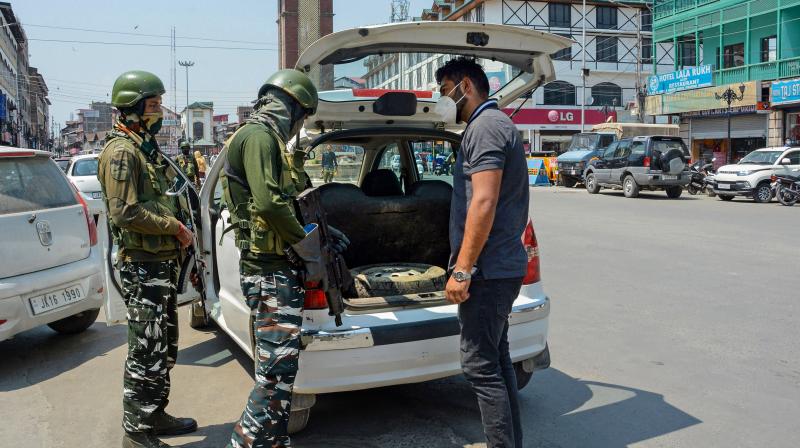 The Army on Monday said that the Pakistani troops again targeted the Indian forward areas with small arms and mortar guns in Rajouri district along the Line of Control (LoC) earlier during the day.

A defence spokesman in winter capital Jammu said that the Indian Army retaliated “befittingly” to the “unprovoked ceasefire violation” by using the same caliber weapons.

The spokesman said that the firing and shelling from across the de facto border in Sunderbani sector of Rajouri started at 1.30 pm and was going on when reports last came in. “Pakistan initiated the unprovoked ceasefire violation by firing with small arms and shelling with mortars,” he said adding that there was no immediate report of any casualty on the Indian side.

The police sources said that the Army together with J&K police, Border Security Force (BSF)  and various Central armed police forces have beefed the security up in frontier districts of entire Jammu region including Kathua, Samba, Jammu, Poonch and Rajouri to ensure that no militants sneak in these areas from across the LoC or International Border.

Nakas or makeshift checkpoints are laid on roads in the frontier and their locations changed randomly on daily basis, the sources said.