Singh, who was on the run since an AK-47 rifle and grenade was recovered from his ancestral home, had on Friday surrendered before court. 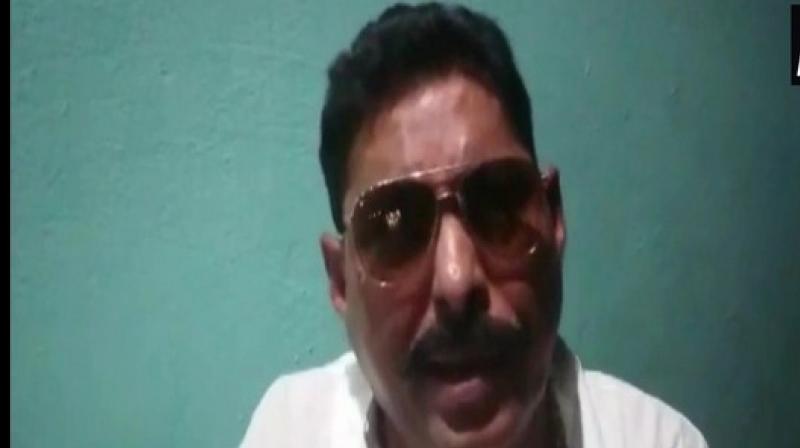 Controversial Bihar MLA Anant Singh, who surrendered before a Delhi in connection with a case lodged under Unlawful Activities (Prevention) Act (UAPA) against him, was brought to Patna on Sunday morning from the national capital, police said. (Photo: File)

Patna: Controversial Bihar MLA Anant Singh, who surrendered before a Delhi in connection with a case lodged under Unlawful Activities (Prevention) Act (UAPA) against him, was brought to Patna on Sunday morning from the national capital, police said.

Singh, who was on the run since an AK-47 rifle and grenade was recovered from his ancestral home on August 16, had appeared before Saket Court Metropolitan Magistrate Harun Pratap on Friday and surrendered. "Yes, he (Anant Singh) has been brought to Patna this morning," Patna Superintendent of Police (Rural) Kantesh Kumar Mishra told PTI. "He will be produced in the Barh court today", the SP added.

The police team has brought Singh on a two day transit remand given by Delhi's Saket court where he had surrendered on August 23. Police had raided the ancestral home of Singh, an Independent MLA from Mokama on August 16 and seized an AK-47 rifle, a magazine, live cartridges and two hand grenades.

Singh was booked under the UAPA after the seizure of AK-47 rifle from his house. Police conducted a second raid at the 1, Mall Road, official residence of Singh in Patna on August 17 but he was not present. His accomplice Chhotan Singh was, however, apprehended from there.

A sword and a mobile phone were also seized from the legislator's official residence. Singh had claimed that he has not visited his ancestral house in the past 14 years.

Singh - nicknamed as "Chhote Sarkar"- has a long criminal record and was recently summoned to the police headquarters in Patna for giving his voice sample in connection with an attack on a Mokama-based contractor.

He was formerly known to have shared a close relationship with Chief Minister Nitish Kumar but the two apparently fell out ahead of the 2015 assembly elections. Singh then left the JD(U) and contested and retained his seat as an Independent.