Ram Rahim convicted of rape; quantum of sentence on Aug 28 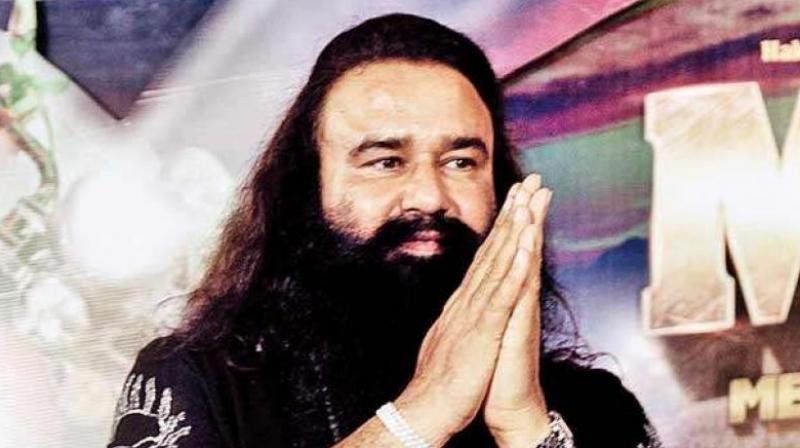 Panchkula: The special Central Bureau of Investigation (CBI) court on Friday convicted Dera Sacha Sauda chief Gurmeet Ram Rahim Singh in connection with a rape case in 2002. Singh has been taken into custody by Haryana Police.

The quantum of sentence will be announced on August 28.

Singh was flown out of Panchkula after the verdict and has been lodged in a make-shift jail at police training centre in Rohtak.

The rape allegations against self-styled godman, Gurmeet Ram Rahim Singh date back to 2002, when two of female Dera followers (sadhvis) wrote a letter to the then Prime Minister Atal Bihari Vajpayee, in anonymity, alleging that they were raped.

The letter also accused Ram Rahim of sexual exploitation against several of his female followers inside the Dera campus on the outskirts of Sirsa in Haryana.

Following the complaint, the Punjab and Haryana court took cognizance of the sadhvis' letter and the Central Bureau of Investigation (CBI) registered a case of sexual exploitation against the Dera chief in 2002.

The Chandigarh unit of CBI launched an investigation after a case was registered under Section 376 (rape), 506 (criminal intimidation) and 509 (insult to the modesty of woman) of the Indian Penal Code (IPC).

However, he has been constantly denying the charges claiming that he is a faithful follower of the law.

In statements given by two sadhvis before the court, both alleged that they were raped by the spiritual leader. However, one of them went on to justify the rape saying it would "purify" her.

One of them in her statements said when she entered the Dera chief's chambers, the doors closed automatically while he was watching a pornographic film.

Apart from the rape allegations, Gurmeet Ram Rahim Singh is also accused of murdering journalist, Ranjit Singh, in October 2002, who was investigating charges against him.