The CBI has booked 12 top TMC leaders, including MPs and ministers, and an IPS officer in connection with the Narada sting operation case. 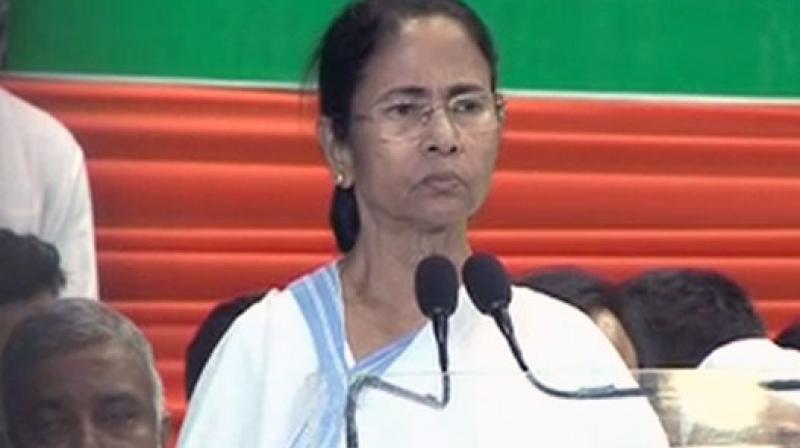 Kolkata: Trinamool Congress MP Aparupa Poddar on Tuesday moved the Calcutta High Court seeking quashing of a CBI FIR against her in the Narada sting case.

Poddar's counsel claimed before Justice Joymalyo Bagchi that the investigating agency had not asked the MP about her version with regard to the alleged sting wherein a person "resembling her" is shown to be allegedly receiving money for favours.

Poddar's counsel Siddharth Luthra claimed the CBI had considered the video clips as gospel truth and did not ask her about her version during the one month of initial inquiry before registering the FIR.

The court adjourned the hearing till Friday.

In the sting operation, which was claimed to have been done in 2014, persons resembling senior TMC leaders are seen purportedly accepting money from representatives of a fictitious company in return for favours.

The high court had ordered the CBI to conduct a preliminary enquiry in the matter. The order was challenged by the West Bengal government in the Supreme Court, which refused to grant relief on March 17 and gave the CBI one month to conclude the preliminary probe and file an FIR, if required.

The CBI has booked 12 top TMC leaders, including MPs and ministers, and an IPS officer in connection with the Narada sting operation case.

The FIR has been registered under section 120(b) of IPC related to criminal conspiracy and provisions of the Prevention of Corruption Act dealing with bribery and criminal misconduct.

The maximum sentence for these crimes ranges from five to seven years imprisonment.

named in the FIR.

The sting was done by the editor of portal Naradanews.com, Mathew Samuel, who claimed to have used an iPhone for the purpose. The contents had then been transferred to a laptop and stored in a pen drive.

The Central Forensic Sciences Laboratory (CFSL), Chandigarh had, on a direction of the Calcutta High Court, checked the video clips and had reported that there was no tampering or editing.

The CFSL had stated in its report that it could open 47 files out of 73 movie files provided in the pen drive.