Explaining details about the case, J&K IGP said that an iron rod which was used on Pandit was found including his identity card and pistol. 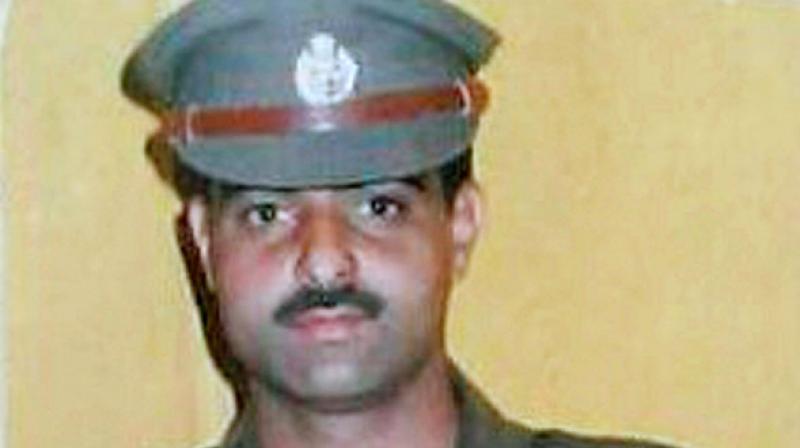 DSP Ayub Pandith died after a brutal mob attack outside the Jamia Masjid in Srinagar on June 22. (Photo: PTI)

Srinagar: The Jammu and Kashmir Police has arrested 20 people in connection with the mob lynching of DSP Mohd Ayub Pandith in Srinagar in June, Inspector General of Police (IGP), Kashmir, Munir Khan said in Srinagar on Monday.

A militant involved in the killing of the police officer was shot dead in an encounter with security forces on July 12, the IGP said addressing a press conference on the status of the investigations in the case.

Pandith was lynched outside Jamia Masjid in Nowhatta area of the city on June 22. The IGP said the investigation in the case is still on and more arrests are likely to take place.

"So far 20 accused have been arrested and one more, a militant identified as Sajad Ahmad Gilkar, was killed in an encounter with the security forces in Redbugh area of Budgam on July 12,” Khan said.

Khan said the police is making vigorous efforts to identify the remaining assailants involved in the crime, while recovery of other evidences related to the commission of the crime is underway.

"The important pieces of evidence including an iron rod, by which the officer was hit, his identity card, service pistol (in a damaged condition) and his cell phone have been recovered,” he said.

The IGP said it was encouraging to note that people came forward to provide valuable information which led to a substantial headway in the investigations.

"Unlike other cases, there was widespread condemnation by a cross-section of the society.

General public and eyewitnesses voluntarily came forward to render assistance in the investigation and provide valuable information. This led us to the right conclusion and the right line of investigation,” He said.

Khan said in the initial phase, three persons were arrested and questioned which led to subsequent arrests and recovery of evidence. Stitching together the sequence of events which led to the lynching of the officer, the IGP said during investigations it surfaced that a group of hooligans came out of the mosque raising slogans in favour of militant commander Zakir Musa and ‘supposedly to welcome’ chairman of moderate Hurriyat Conference Mirwaiz Umar Farooq.

"Four miscreants saw the DySP, who was coming out of the mosque after checking the deployment for access control duties, called him and questioned him. They asked for his identity card which he refused to give. The hooligans started heckling the officer and the number of miscreants swelled. The officer fired some shots from his service rifle below the waistline causing injury to three assailants who were in the immediate proximity and were heckling him. However, the mob continued to beat him which resulted in his death,” Khan said.

He said it took time to identify the slain officer as "he was defaced and disfigured". Rejecting the charge that there was any kind of dereliction of duty on the part of police officials present in the area, the IGP said, "It seems the slain officer had not liaised with the officers of the police station concerned".