Ram Rahim has sought parole, saying he wants to farm his land in Sirsa, which is lying barren. 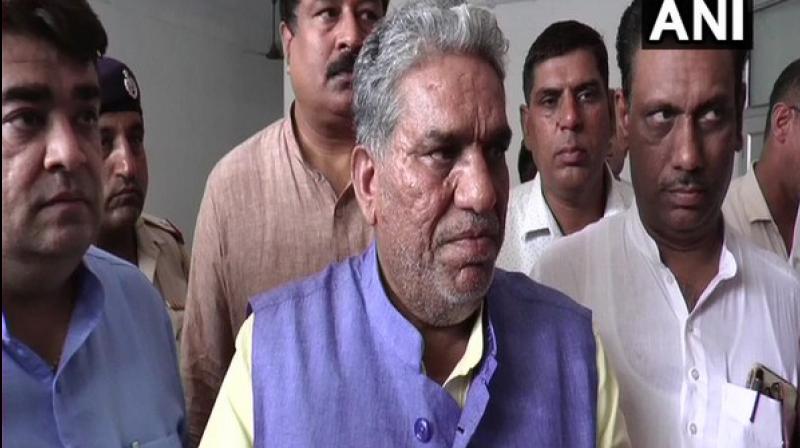 'A decision will be taken by the police commissioner after verification,' Haryana Jail Minister Krishan Lal Panwar said.

Ambala: Haryana Jail Minister Krishan Lal Panwar on Monday said the matter relating to granting parole to jailed self-styled godman Gurmeet Ram Rahim Singh will be decided after the police chief of the area concerned sends a report to the court.

The jail administration has submitted a report on Ram Rahim's parole to the police commissioner who will send it to court for approval, he said.

Ram Rahim is currently lodged at Sunaria jail in Rohtak after being convicted and sentenced in two cases of rape and for the murder of a journalist.

"All convicts are entitled to parole after serving for two years. The superintendent of jail has mentioned in the report that Ram Rahim's conduct was fine in the prison," Panwar told ANI.

"After this, the report will be submitted to the local police. A decision will be taken by the police commissioner after verification," he said when asked to comment on the appeal of the self-styled godman for parole.

Ram Rahim has sought parole, saying he wants to farm his land in Sirsa, which is lying barren.

A special CBI court in Panchkula had on January 17 this year sentenced Ram Rahim and three others to life imprisonment for the murder of journalist Ramchander Chhatrapati in October 2002.

The journalist was killed in Sirsa after his newspaper published an anonymous letter alleging sexual exploitation of women by Ram Rahim at his Dera Sacha Sauda headquarters in the town.

He was sentenced in August 2017 to 20 years imprisonment for raping two of his women followers.