Bihar MLA on the run for possessing AK-47, grenades at home turns up in Delhi court

Anant Singh has been missing ever since the discovery but has put out video messages to accuse authorities of framing him. 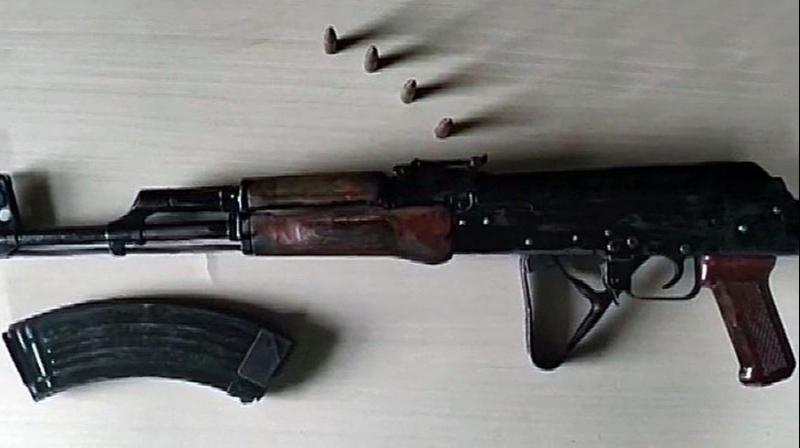 The most recent one released on Thursday night, the gangster-turned-politician had declared that he would surrender before a court, because he didn’t trust the police. From this morning, the police had laid deployed personnel around the courts in Patna and elsewhere. (Photo: ANI)

New Delhi: A Bihar lawmaker, Anant Singh, who has been missing ever since the police discovered an AK-47 assault rifle and two hand grenades in his house turned up in a Delhi court on Friday afternoon, reported Hindustan Times.

Bihar state police had filed a case against the independent MLA under the anti-terror law Unlawful Activities (Prevention) Act after a police team seized an AK-47 rifle, a magazine, live cartridges and two hand grenades from his ancestral house at Ladma village last Friday.

He has been missing ever since but has put out video messages to accuse the authorities of framing him.

The most recent one released on Thursday night, the gangster-turned-politician had declared that he would surrender before a court, because he didn’t trust the police. From this morning, the police had laid deployed personnel around the courts in Patna and elsewhere.

Anant Singh, popularly known as ’Chhote Sarkar’, has a long criminal record and was recently summoned to the police headquarters in Patna to record his voice sample in connection with an attack on a Mokama-based contractor.

Bihar Chief Minister Nitish Kumar is known to have shared a close relationship with Anant Singh but dumped the JD(U) ahead of the 2015 assembly elections over some differences. He contested the assembly election as an Independent and managed to retain his seat.

His anticipatory bail petition in a case of murder conspiracy was rejected earlier this week and arrest warrant issued against him for recovery of the firearms.

Anant Singh alleged the weapons were placed in his house at the behest of the JD(U) MP, against whom his wife Neelam Devi contested in the recently concluded Lok Sabha polls. “Lalan has been planning to install a weapon on me so that he could get another set of charges framed against me,” he said in the latest video.

A special investigation team set up by the state police to trace him has carried out searches at more than 25 locations in Bihar, Jharkhand and the National Capital Region.

In his earlier video messages, the lawmaker had claimed he wasn’t on the run but just visiting an ailing friend. “I have not visited my paternal house in last 14 years. So there is no question of hiding AK-47 there,” he said.