Sekhar Reddy was suspected to be the benami of senior IAS officers in TN. 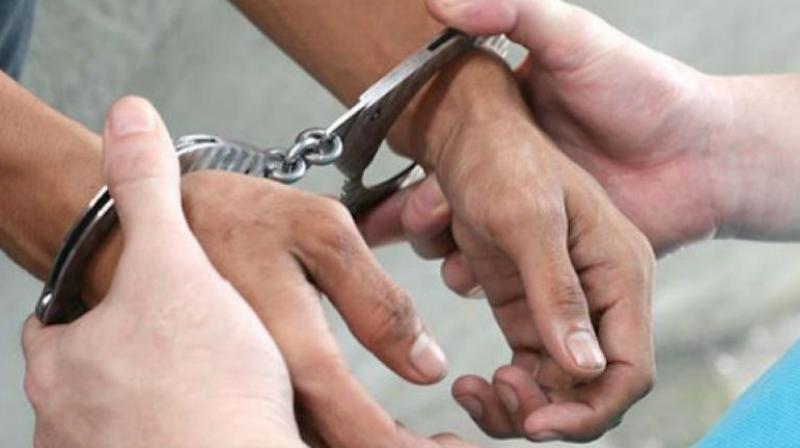 In the bail petition, they have stated that they were innocent and the amount seized by the authorities was lawfully earned.

Chennai: The CBI on Wednesday arrested PWD contractor and sacked Tirumala Tirupati Devasthanam board member Sekhar Reddy and his business associate V. Srinivasulu under sections of criminal conspiracy, cheating and Prevention of Corruption Act after Income-Tax sleuths seized a total of Rs 131 crore cash, including Rs 34 crore worth Rs 2,000 new currency notes and 177 kg gold from them during raids two weeks back.

After the two arrests, CBI sleuths are now expected to start hunting for bankers who helped Sekhar Reddy to get Rs 34 crore worth new notes. Sekhar Reddy was suspected to be the benami of senior IAS officers in TN. It may be noted that CBI had been quietly registering cases and chasing bankers and private persons in other cities whenever there was a huge seizure of new notes, be it in Hyderabad or Bengaluru.

The special principal court for CBI cases has remanded the arrested J. Sekhar Reddy, the sand mining baron, and his associate V. Sreenivasulu, to judicial custody for 15 days. They were arrested for possessing newly released Rs 2,000 currency notes worth Rs 34 crore. The Principal Special Judge Court for CBI Cases G. Vijayalakshmi remanded them at Puzhal prison upto January 3. The duo sought bail, which was adjourned to December 23.

In the bail petition, they have stated that they were innocent and the amount seized by the authorities was lawfully earned.

In the petition they stated that they run a company named JSR Infra. On December 8, the Income Tax Department raided Sekhar’s residences and other office premises. They were engaged in sand mining business since 2003 for PWD. They have 425 lorries and 180 Poclains (earth moving equipment), which were hired for sand mining. They earn about Rs 25,000 to Rs 30,000 from each lorry and Rs 19,500 from each Poclain per day. They generate revenue of Rs 1.5 crore in cash across the State every day.

The new currencies worth Rs 34 crore were daily hiring charges collected from lorries and Poclains since demonetisation. In the last few years, their turnover touched Rs 125 crore and they were paying tax regularly and there was nothing unusual in Rs 34 crore business income found in hand. All the revenue has been reported and tax paid.

Stating that they were innocent, they said they had not indulged in converting old currencies to new ones either through brokers or through bank officials. The amount seized by the Income-Tax officials was income generated from lawful business. Seeking bail, they have stated that custodial interrogation not required as they were interrogated continuously.

Meanwhile, CBI has filed petition seeking custody of the accused. The judge adjourned the bail petition and police custody petition to December 23.