The deceased identified as Manju Goel was living in a rented house in Mehrauli area for the last six months. 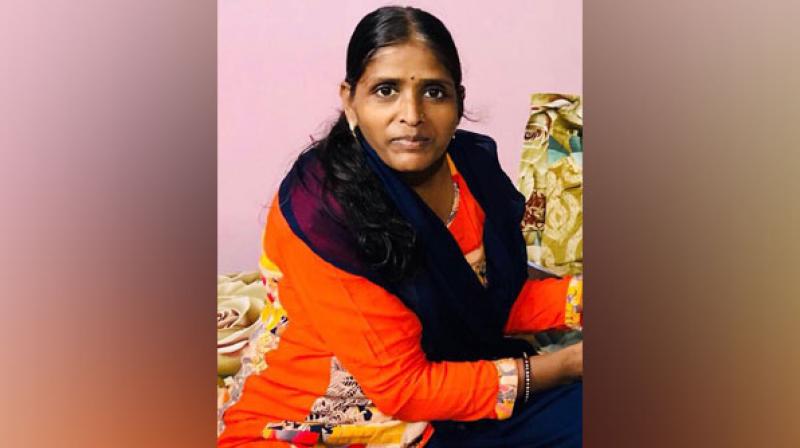 According to the family, her landlord Satish Pahwa accused Manju of stealing huge cash from the house, following which, the landlord thrashed her mercilessly. (Photo: ANI)

New Delhi: A landlord and his son were arrested on Saturday for allegedly thrashing and killing a 44-year-old widow tenant over the suspicion of theft in Mehrauli, Delhi Police said.

The incident was reported on Saturday under the limits of Mehrauli police station.
The deceased identified as Manju Goel was living in a rented house in Mehrauli area for the last six months. She was working as a domestic help to earn her daily needs.

According to the family, her landlord Satish Pahwa accused Manju of stealing huge cash from the house, following which, the landlord thrashed her mercilessly.

"We got a call at around 8 am on Saturday. Her landlord informed that she (deceased) has committed theft in the house and they have beaten her," said Mukesh Jindal, the deceased's brother.

After receiving the call, Jindal with his wife and a friend reached there and found Manju in a very serious condition.

Manju's brother accused Satish Pahwa, his son and other members including maid of murdering his sister.

"Pahwa family accused my sister of stealing Rs 2.5 lakh to Rs 3 lakh in cash. Even they took Rs 60,000 of her savings claiming that they have recovered their money," Jindal said.

As per information shared by Jindal family, after the landlord informed them about Manju's condition, they took her to their residence and did not inform the police due to their catering business as they were busy in providing services to their customers.

They called a doctor for treatment at home, however, Manju succumbed to her injuries later in the day. Afterwards, the family informed the police.
Manju was survived by two children who live in Haryana's Rewari with her in-laws.

A case of murder has been registered against Satish and his son Pankaj in alleged connection with the case.

The body of the deceased has been sent for autopsy and further investigation is underway.