In a series of tweets, the petitioner demanded that a case be filed against the attackers 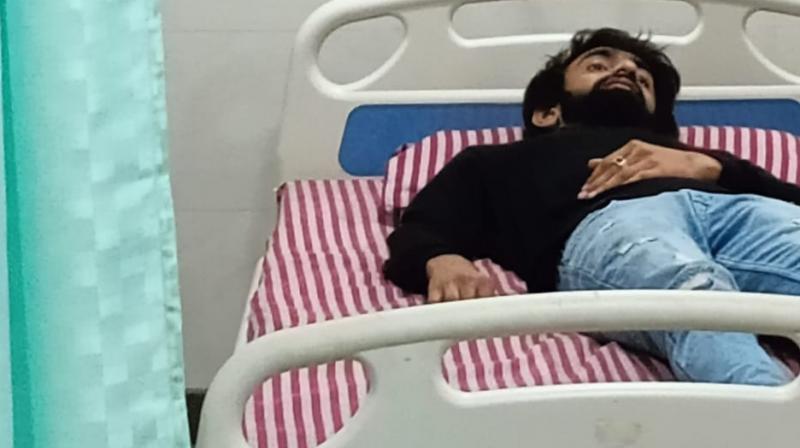 According to Shifa, her 20-year-old brother -- Saif -- is admitted to Hitech Hospital, Udupi (Twitter)

Udupi: One of the petitioners in the hijab case in the Karnataka High Court, Hazra Shifa, has alleged that Sangh Parivar goons on Monday night attacked her brother and damaged her property in Udupi.

In a series of tweets, she demanded that a case be filed against the attackers.

"My brother was brutally attacked by a mob. Just because I continue to stand for My #Hijab which is MY RIGHT. Our property was ruined as well. Why?? Can't I demand my right? Who will be their next victim? I demand action to be taken against the Sangh Parivar goons," she tweeted.

According to Shifa, her 20-year-old brother -- Saif -- is admitted to Hitech Hospital, Udupi.

Masood Manna, who is known to Shifa, claimed in a tweet that a mob of 150 people attacked Saif.

"He was a victim as his sister @hazra_shifa is still fighting for her rights, her #Hijab. Not only students but families' lives are at stake as well. Stringent action must be taken!" Manna tweeted.

The full bench of the Karnataka High Court comprising Chief Justice Ritu Raj Awasthi, Justice J M Khazi and Justice Krishna S Dixit is hearing the case where Muslim girls and women are demanding that they be allowed to be wear hijab in classrooms.

On January 1, six girl students of a college in Udupi attended a press conference held by the Campus Front of India (CFI) in the coastal town protesting against the college authorities denying them entry into classrooms wearing hijab.

This was four days after they requested the principal permission to wear hijab in classes which was not allowed. Till then, students used to wear the headscarf to the campus, but entered the classroom after removing it, college principal Rudre Gowda had said.

"The institution did not have any rule on hijab-wearing as such and since no one used to wear it to the classroom in the last 35 years. The students who came with the demand had the backing of outside forces," Gowda had said.