This comes after SC on Monday set aside the Bombay High Court’s earlier order and granted bail to Lt Col Purohit in Malegaon blasts case. 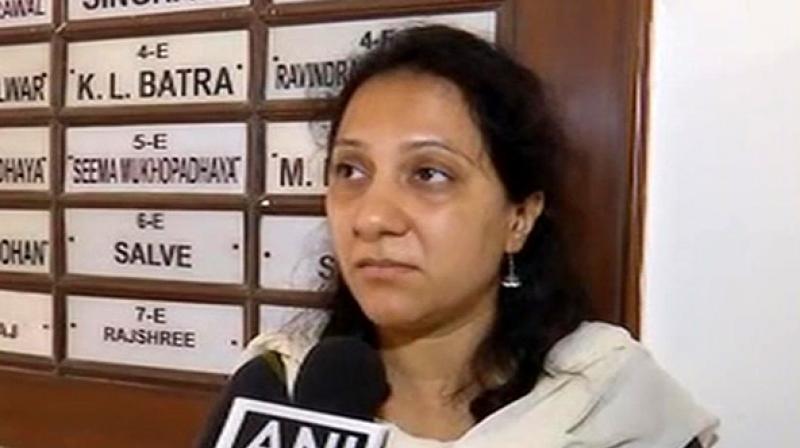 Speaking to ANI, Aparna said, "I am so thankful to the court. I am really happy that he (Lt Col Purohit) will be home."

Meanwhile, senior lawyer, Harish Salve, appearing for Lieutenant Colonel Purohit said that they "relied on the new chargesheet by the National Investigation Agency (NIA) and it contradicted what was said in their earlier chargesheets."

This comes after the Supreme Court earlier on Monday set aside the Bombay High Court’s earlier order and granted bail to Prasad Purohit, who was accused in 2008 Malegaon blast.

A bench of Justices R K Agrawal and A M Sapre passed the order on the plea.

Earlier on August 17, the apex court reserved its order on the bail plea of Lieutenant Colonel Purohit.

Salve told the court that Purohit did not want to be discharged from the case at present, but for the interest of justice, wanted an interim bail.

He added that Lieutenant Colonel Purohit was allegedly caught in the political crossfire and was falsely implicated in the case.

Lieutenant Colonel Purohit's bail plea was earlier rejected by the Bombay High Court saying the charges against him were of a grave nature, after which he moved to the top court.

Lieutenant Colonel Purohit, a former military intelligence officer, is one of the accused in the 2008 Malegaon blasts, along with Sadhvi Pragya and others.

Sadhvi Pragya had been granted relief in the case by the Bombay High Court. The NIA had filed its reply in the case, saying that there was ample evidence against Purohit, but not against her.