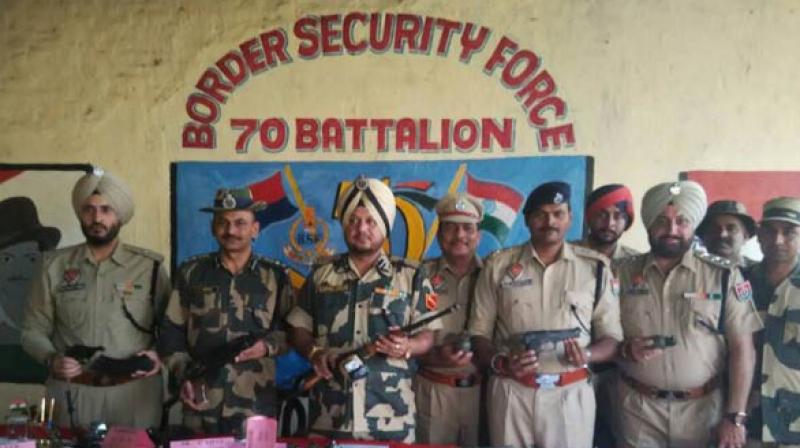 Deputy Commissioner Police of Amritsar Rural, J. Elanchezihial told ANI that the arrested smugglers came to India to receive a consignment of arms on the instructions of Canada based terrorists, named Gurjivan Singh Qadian, which were to be used for various terrorist activities.

As per the preliminary investigation, the accused, namely Maan Singh and Sher Singh, revealed they were assigned the work to revive militancy in Punjab and recruit new members for the terrorist outfits.

The police have recovered arms and ammunition including a mobile phone and some digging tools from the possession of the two smugglers.