The minister later clarified that he meant that the employee was malnourished and should not have been made to work. 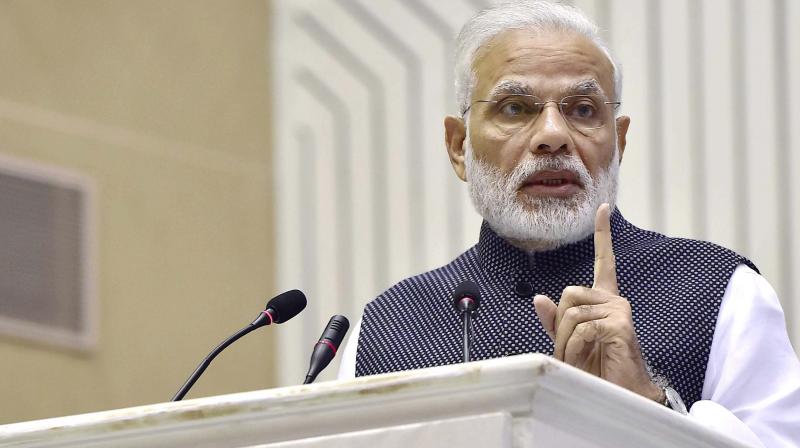 Lucknow: While Prime Minister Narendra Modi insists on using the word “divyang” to show respect to physically disabled persons, a minister in the Yogi Adityanath government in Uttar Pradesh has landed into trouble for insulting a physically disabled employee during a surprise inspection, a video clip of which has gone viral on social media.

Khadi and village industries minister Satyadev Pachauri, who was on a surprise visit to the Khadi Gramodyog Board’s office in the Dolly Bagh locality, was highly annoyed with dirt and filth lying in the office premises.

Mr Pachauri allegedly made a derogatory reference when he came across a “divyang” contractual worker during the inspection. “You have kept a loola-langda on contract. What will he do? This is the reason behind lack of hygiene here”, he is seen telling senior officials during the inspection.

The minister later clarified that he meant that the employee was malnourished and should not have been made to work.

Meanwhile, in another video that has gone viral, BJP MLA Mahendra Yadav is shown slapping a toll plaza employee in Bareilly district.

The MLA, however, denied that he had beaten up the employee though he admitted that he had only ‘pushed’ him. The MLA said, “ The toll plaza staffers misbehaved after I asked them to let go all vehicles in cavalcade as MLAs are exempted from toll fees”.