Sent hoax email to cops about terror threat to get flights cancelled. 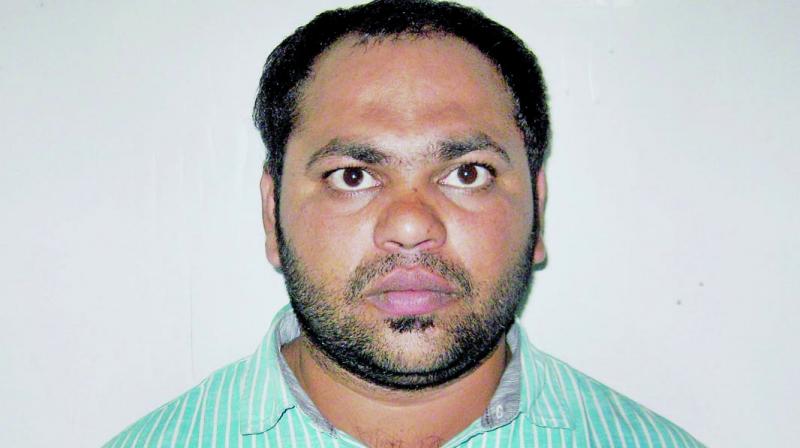 Hyderabad: This must surely rank as the most bizarre reason for anyone to place a hoax call to airports in the country. A Hyderabad-based techie, Motaparthi Vamshi Krishna, sent a mail to the Mumbai police commissioner warning that a gang was planning to hijack flights from Hyderabad, Mumbai and Chennai airports last Saturday. The call naturally created some panic until the Hyderabad police traced the caller and arrested him on Thursday.

Mr Krishna worked as a travel agent and told the police he had sent the mail because he wanted to avoid a trip with his Chennai-based girl friend to Mumbai and Goa as he was not able to fund the junket.

DCP B. Limba Reddy of the commissioner’s task force said that Mr Krishna, a computer studies graduate from West Godavari district in AP, works as a transport agent in Hyderabad. He is very active on social media like WhatsApp and Facebook where he recently met the girl and posing as a businessman, got friendly with her.

A few days ago, the girl proposed they go on a vacation to Mumbai and Goa and asked him to book flight tickets for both of them. He didn’t have the money, but unwilling to lose her, Mr Krishna hatched a plan to cancel the trip by making her believe that all flights have been cancelled because of a security alert at airports across the country.

“He initially created a fake Chennai-Mumbai air ticket and sent it to her, but later thought that she would dump him if she realised it was fake, so he created a fake email ID and sent a hoax mail to the Mumbai police commissioner, identifying himself as a woman from Hyderabad who had overheard six persons talking about a plane hijack and splitting the proceeds,” Mr Limba Reddy said.

The Mumbai police forwarded the mail to the Hyderabad police and teams were formed to trace the origin of the mail. With the help of the IP address, the origin of the mail was traced to “E Net Zone” cyber cafe located in Madhuranagar under SR Nagar police station. It was only after analysing the CCTV cameras in a nearby cyber cafe that police zeroed in on Vamshi Krishna who had earlier been arrested in an extortion case and a cheating case in the city.

Mr Krishna told the police that he had in the past extorted Rs 20,000 from a brothel in 2010 and duped a woman of Rs 6 lakh under the pretext of “matrimonial alliance” in 2013.

Mr Krishna was also regularly in touch with six other women on Facebook, claiming to be a high-profile person. He was a regular pub-goer and maintained a lavish lifestyle, police officials said.