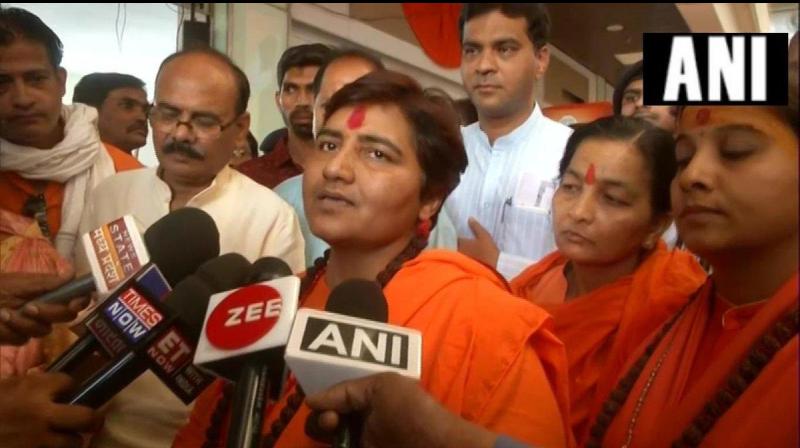 The court had on June 3 directed Thakur and all other accused in the case to appear before it once a week. (Photo: ANI)

Mumbai: A special National Investigation Agency (NIA) court, on Thursday, rejected the plea of BJP MP Pragya Thakur, an accused in the 2008 Malegaon blasts case for permanent exemption from attending the court once in a week.

The court had on June 3 directed Thakur and all other accused in the case to appear before it once a week.

Thakur sought exemption on the ground she is a Member of Parliament and has to attend the parliament on a day-to-day basis.

The court stated that these grounds were not reasonable for granting a permanent exemption from attending the court once in a week during day-to-day hearing of the blast case.

The court, however, gave her exemption for Thursday from attending the court.

They have been charged under various sections of the Unlawful Activities Prevention Act (UAPA) and the relevant sections of Indian Penal Code (IPC).

The charges include sections 16 (committing terrorist act) and 18 (conspiring to commit terrorist act) of the UAPA and sections 120 (b) (criminal conspiracy), 302 (murder), 307 (attempt to murder), 324 (voluntarily causing hurt) and 153 (a) (promoting enmity between two religious groups) of the IPC.

The accused have also been charged under relevant sections of the Explosive Substances Act.

On September 29, 2008, six people were killed and a dozen others were injured when a bomb placed on a motorcycle exploded in Maharashtra's Malegaon city.