Security was stepped up at Chennai, Hyderabad and Mumbai airports on April 16 following the hijack threat call. 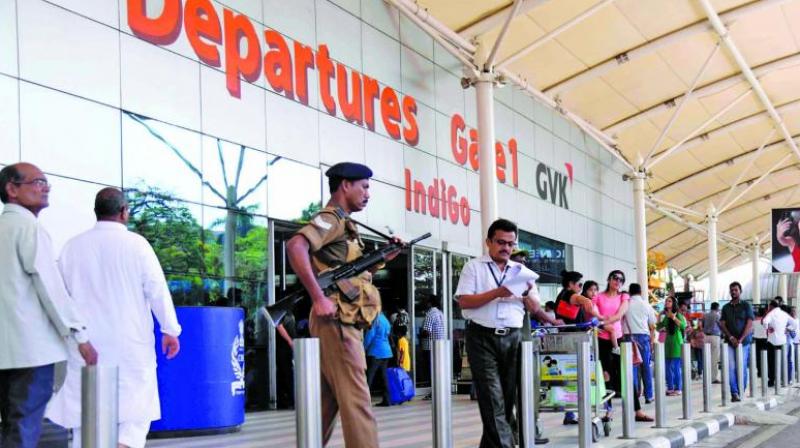 Hyderabad: The threat mail due to which security was stepped up at Chennai, Hyderabad and Mumbai airports earlier this week has turned out to be a hoax.

The Hyderabad Police Task Force has arrested one person in this matter, said ANI.

Security was stepped up after agencies were informed about a possible hijack attempt of an aircraft from one of the three airports.

The hoax mail was sent to the Mumbai Police Commissioner. The name of the accused is Vamsi Krishna, a Hyderabad-based travel agent.

According to the police, Krishna had promised his girlfriend based in Chennai, that he would take her on a trip to Mumbai. But because he fell short of money, he decided to create an emergency situation so that all the flights would remain cancelled from Hyderabad, Chennai and Mumbai airports.

"We traced him through the IP address. He used a cyber cafe to email and posed as a female so that he would not be identified. Further probe is on," K Kumar, Additional Commissioner of Police (crime) Hyderabad was quoted as saying by DNA.

Security was stepped up at Chennai, Hyderabad and Mumbai airports on April 16 following the hijack threat call.

In this regard, a special meeting of the Airport Passenger Service Charge (APSC) was convened at Mumbai Airport.

The contents of the e-mail were read out to all the members and they were briefed about the anti-hijacking measures to be ensured.

The agencies were requested to take all measures, in a manner similar to those taken during Independence Day and Republic Day.