The woman was seen weeping after being assaulted. 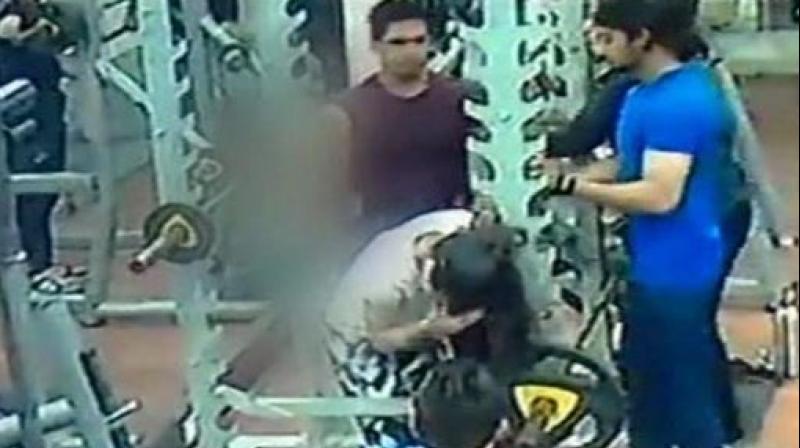 A video surfaced on the social media where the man was seen punching and kicking the woman at a gym after she complained about his behaviour during workout. (Photo: ANI)

Bhopal: A video showing a youth assaulting a woman in a gym in the district headquarters town of Indore in Madhya Pradesh has gone viral, triggering public outrage in the state. In the video clip, the man, identified as Punit Malvya, is seen pushing and punching the woman in the gym till restrained by others. The woman was seen weeping after being assaulted.

#WATCH Man punches & kicks a woman at a gym in #Indore after she complained about his behavior during workout #MadhyaPradesh pic.twitter.com/eFQWUrMlbz

The youth apparently got angry at the woman after she lodged a complaint with the trainer of the gym, alleging his attempt to molest her during workouts. The CCTV camera in the gym caught the whole incident. Police sprang to action after the video clip of the incident went viral.

“A case of assault and molestation has been registered against the accused, who has been identified”, the police said.