During interrogation, Parvez said he purchases arms and ammunition from Mohammad Iqbaal, and sells them to clients in Delhi, NCR for profit. 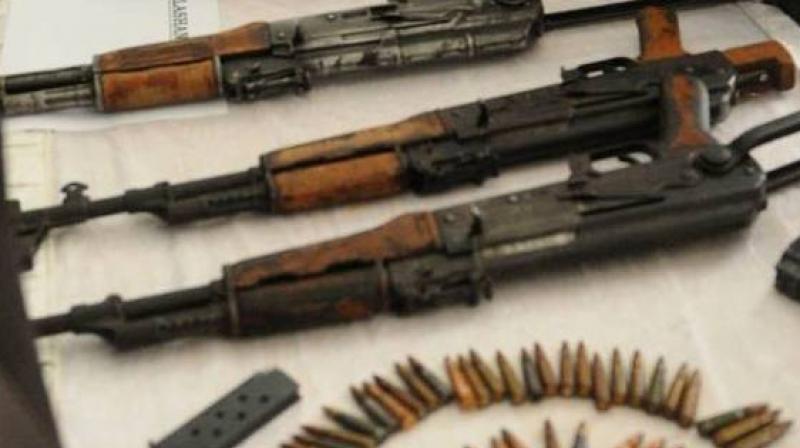 New Delhi: Two persons have been arrested for allegedly supplying arms illegally to criminals in Delhi, police said Wednesday. Mohammad Parvez (42) was held from south Delhi's Chitranjan Park on Tuesday, while his accomplice Mohammad Iqbaal (52) was nabbed from Hapur in neighbouring Uttar Pradesh, they said.

Parvez, a resident of Jasola village, had come to Chitranjan Park to supply illegal weapons to one of his clients when the police arrested him. Three pistols, 10 live cartridges and a motorcycle were seized from him, police said. "During interrogation, Parvez said he purchases arms and ammunition from Mohammad Iqbaal, a resident of Hapur, and sells them to clients in Delhi and NCR for a profit," Deputy Commissioner of Police (South) Vijay Kumar said.

On his instance, a trap was laid at Hardipur village in Hapur and Iqbaal was arrested from his residence. Two illegal arms with 20 live cartridges were seized from him, the officer said. Iqbaal earlier worked as a driver in Saudi Arab.

After returning to India, he indulged in selling illegal weapons and was earlier arrested by the Delhi Police in several cases of Arms act, police said.

Parvez was convicted for the 2008 sensational murder here of businessman Arun Gupta, the son-in-law of the owner of Mittal Farms in Mehrauli over a property dispute. The murder case wascregistered at Kalkaji police station. After being released from the jail, he started selling illegal arms and ammunition, police said.