The next date of hearing is February 11. 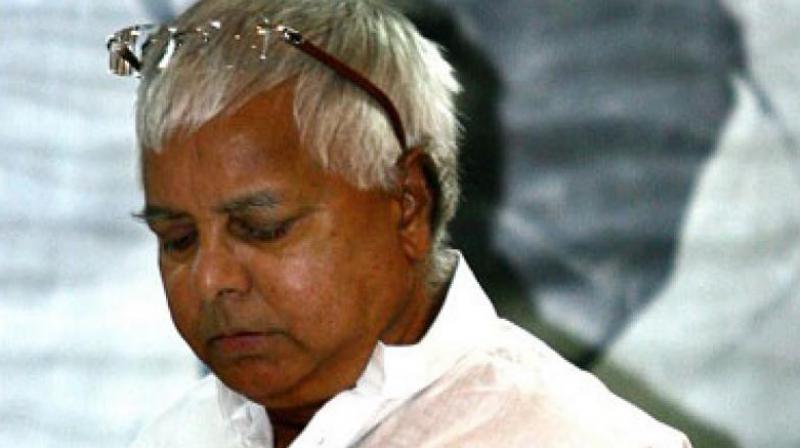 Lalu is facing charges of misusing his position in allotment of contract to private company for maintenance of two IRCTC hotels. (Photo: AFP | File)

The next date of hearing is February 11.

In the CBI case, the RJD Chief is currently on interim bail, while the other accused in the case are already on regular bail.

On December 20, Lalu was granted interim bail in the 2013 case by the Patiala House Court on a personal bond of Rs 1 lakh with a surety of the same amount, in both CBI and ED cases pertaining to alleged irregularities in granting of operational contracts of two IRCTC hotels to a private firm during his tenure as the Railway Minister from 2004 to 2009.

Lalu appeared before the court through video conferencing due to ill health.

The RJD chief, who is currently serving jail term in fodder scam case, has been admitted to the Rajendra Institute of Medical Sciences, Ranchi, under police custody for treatment of diabetes and other ailments.

Lalu is facing charges of misusing his position in the allotment of a contract to a private company for the maintenance of two IRCTC hotels located at Puri and Ranchi.

The prosecution report had stated that the two hotels of the Indian Railways were first transferred to IRCTC and was sub-leased to the Sujata Hotel Pvt. Ltd owned by Vijay and Vinay Kochhar for maintenance.

Meanwhile, the Enforcement Directorate (ED) also filed a reply in the Delhi Court and opposed regular bail plea to all the accused in the case - Lalu, his wife Rabri Devi and son Tejashwi- who are currently on interim bail.

ED in its reply said that the offences were affecting the economy, thereby posing serious threat to the financial health of the country.