The police registered the arrest of Jaya Mol of Job Bhavan on murder charges on Thursday. 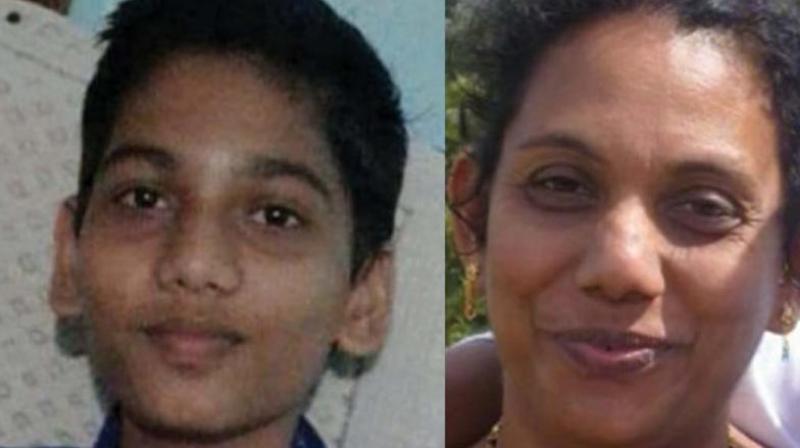 Jithu told his mother that the family would not get his father’s share, which provoked her to commit the heinous act. (Photo: File)

Kollam: The boy Jithu Job, 14, whose charred body was recovered from a plot near his house at Kureeppalli, Kundara, on Wednesday, was killed by his mother single-handedly in a fit of rage, according to the Chathannoor police probing the case.

The police registered the arrest of Jaya Mol of Job Bhavan on murder charges on Thursday.

According to the statement given by Jaya Mol to the police, she strangled her son using a shawl, as the duo had a tiff over property issues in the kitchen of the house on Monday night.

She later dragged the body to the nearby plot and burnt it using kerosene. She, however, denied that she had disfigured the body.

Her husband Job G John, a medical store employee, and daughter Tina, a B.Sc student, were not at home when the incident happened.

Jaya Mol was not on good terms with the family of her husband over property issues. Her son had visited his paternal house disregarding the restriction imposed by Jaya on the fateful day.

Jithu, on returning home, told his mother that the family would not get his father’s share, which provoked her to commit the heinous act.

The body was found with the hands and one leg severed. The autopsy held at the Thiruvananthapuram MCH revealed that the limbs were detached from the body  after it was charred.

The police have ruled out the involvement of outsiders in the crime as the mother persisted in her statements without contradictions. The police also collected evidence in the presence of Jaya Mol at their house amid angry protests by the local people.

The police also inferred that the murder was not a pre-planned one.

His father had filed a petition with the Chathannoor police that the boy was missing after he went out of the house to buy study materials by 8.30 pm on Monday.

The body was laid to rest at St. George church at Kureepally on Thursday.