The incident occurred on July 29 on victim's birthday when accused Pawan Dahiya assaulted her by calling her in a hotel room. 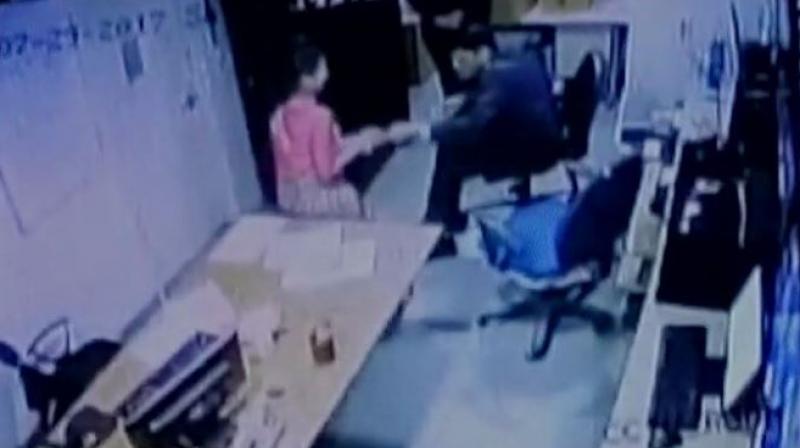 CCTV footage shows a woman in a five star hotel in Delhi was assaulted by security manager. (Photo: ANI | Twitter)

New Delhi: The birthday of a 33-year-old woman who works at a five star hotel turned memorable for all the wrong reasons.

CCTV footage shows that the woman’s saree was pulled and she was dragged by the security officer in an act of sexual harassment. The woman was sacked after she complained about the incident.

In the CCTV footage, the security manager is seen trying to undress the victim. The footage also captured another hotel staff member, who later left the room.

“He took his credit card and asked if I wanted any gift. Boss told me to sit, and when I didn't sit, he pulled me towards him and tried to take off my saree. He told the other colleague to go out of the room,” the victim told NDTV.

The incident occurred on July 29.

The victim, who had been working in guest relations of the hotel for two years, has also alleged that Pawan was forcing her for a physical relationship.

She reported about the whole incident to the Human Resource Department, but no action has been taken against the security manager so far. On her husband's advice, she filed an FIR or police complaint on August 1.

Two weeks later, she received a termination letter from the hotel. A colleague who had helped her extricate the CCTV footage was also sacked.

The victim also alleged that Pawan has tried to 'get physical' with her on more than one occasion and even asked her to spend a night with him.