The incident took place two weeks ago and was captured on the CCTV. 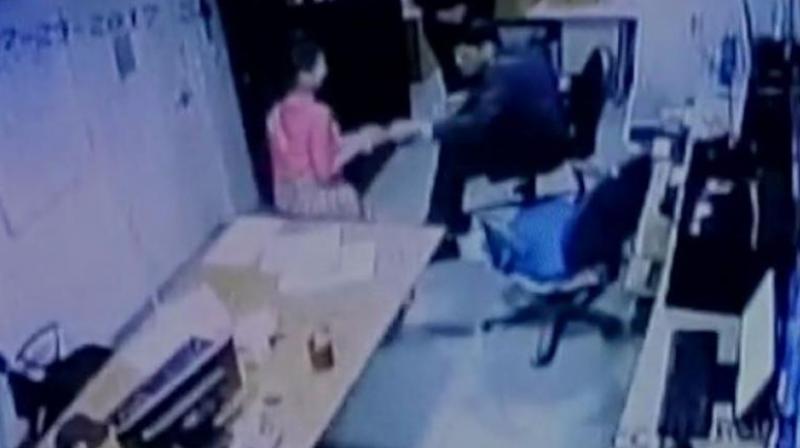 CCTV footage shows a woman in a five star hotel in Delhi was assaulted by security manager. (Photo: ANI | Twitter)

New Delhi: The security manager of a five star hotel in Delhi, who was arrested on Friday on charges of allegedly molesting a 33-year-old female staff member, has been granted bail.

The manager has been granted bail on security of Rs 25,000.

Meanwhile, the victim has also been suspended from the hotel located in Delhi's Aerocity.

The victim, earlier on Friday said, "I reported about the whole incident to the Human Resource Department, even filed a complaint at the police station, but no action has been taken against the security manager so far."

Giving details about the incident, the woman said, "My boss called me inside a hotel room and started pulling my saree but I resisted. A hotel staff member who was inside the room with us, left the room seeing him molesting me. But fortunately, another staff member entered the room and taking advantage of the situation. I came out of the room."

"My boss chased me even after I left the hotel. He tried to pull me inside his car and drove along as I walked towards Metro station," she added.

The incident took place two weeks ago and was captured on the CCTV.