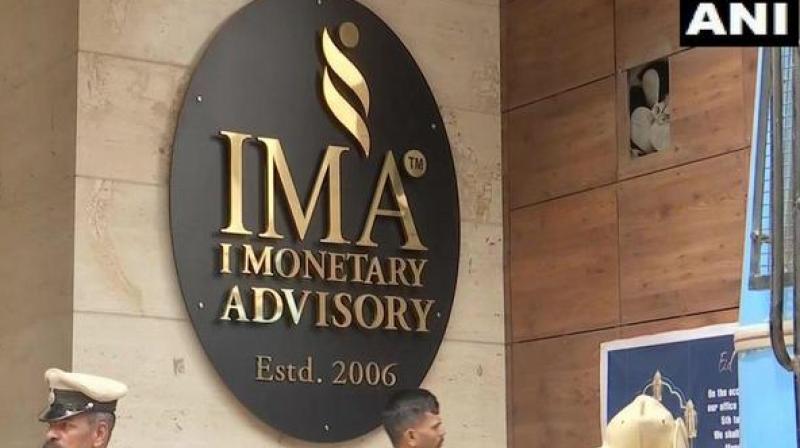 Karnataka government had constituted an 11-member Special Investigation Team (SIT) to probe the alleged fraud by the IMA, which has an estimated Rs 200 crore investment of Muslim women alone. (Photo: ANI)

Bengaluru: Central Crime Branch (CCB) on Monday conducted raids at three different locations at the residences of wives of I Monetary Advisory (IMA) jewels founder Mansoor Khan who is an accused perpetrating financial fraud in Bengaluru.

Raids were conducted in Shivajinagar, the residence of Khan's first wife and two different residences in Tilak Nagar related to his second and third wife.

Karnataka government had constituted an 11-member Special Investigation Team (SIT) to probe the alleged fraud by the IMA, which has an estimated Rs 200 crore investment of Muslim women alone. Over 38 thousands of complaints have been filed by people who had invested in IMA.

18 complaints filed in high court to direct the state government to handover the IMA case to the Central Bureau of Investigation. Several investors also hail from Andhra Pradesh, Telangana and Tamil Nadu.

Police have also registered a case against IMA Jewels and Khan and teams have been formed to nab him. Earlier, seven directors of different entities linked to Khan had been arrested.

It is alleged that IMA Jewels, with Muslims as its prime investors, has not paid interests on investments for the last three months.

Earlier, scores of investors staged protests outside IMA Jewels' office in Sivaji Nagar, demanding the firm to return their money.