Much larger number of jawans were injured across various attacks carried out by militants within two weeks of PM Modi's landslide victory. 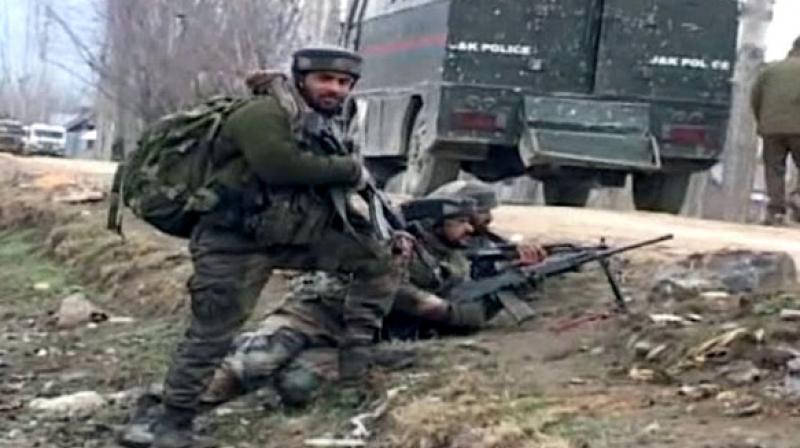 The first incident in this month, in a clash between the Army and Naxals on June 2 in Jharkhand's Dumka, one jawan succumbed to his injuries while four others sustained injuries. (Photo: ANI)

Mumbai: In the two weeks following the start of Prime Minister Narendra Modi's second term, nearly 12 jawans and Army officers killed, the most recent one being Major Ketan Sharma in the Anantnag encounter in Jammu and Kashmir.

A much larger number of jawans were injured across the various attacks carried out by militants within the two weeks of PM Modi's landslide victory in the recent Lok Sabha polls.

The first incident in this month, in a clash between the Army and Naxals on June 2 in Jharkhand's Dumka, one jawan succumbed to his injuries while four others sustained injuries.

Soon, on June 12, five Central Reserve Police Force (CRPF) jawans were killed in a gunfight, including injuries sustained by a police officer and a civilian. The responsibility was taken by militant outfit Al-Umar Mujahideen.

On June 15 again, two officers of the Army and three jawans were shot dead in Jharkhand’s Saraikela by naxals yet again.

Again on June 17, Army Major Ketan Sharma was killed, and three other jawans were injured in an encounter between militants and the forces in Jammu and Kashmir's Anantnag district.

And latest, on Tuesday a grenade was hurled at a police station in Pulwama. No casualties have been reported yet.