The driver of the car, Sujata Shroff, has since been arrested on charges of rash driving and culpable homicide not amounting to murder. 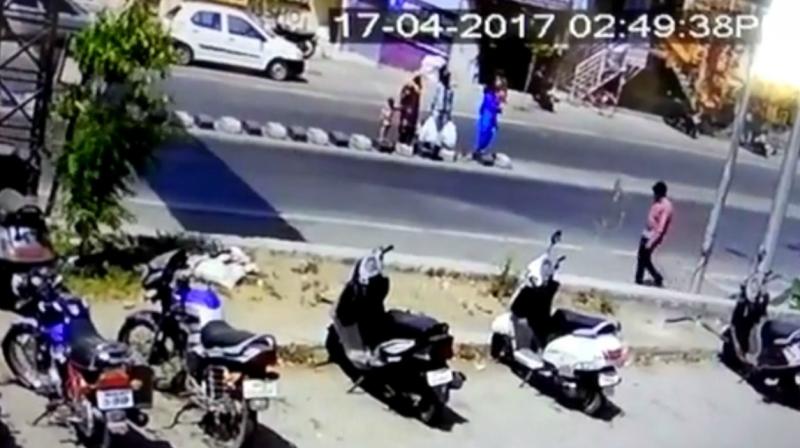 Pune: CCTV footage in Baner area of Pune captured a moment when a speeding car mowed down five people, including two children, on Monday.

According to a NDTV report, 3-year-old Isha Vishwakarma passed away on the spot, while her mother, Pooja Vishwakarma, died on Tuesday after battling for her life for 24 hours.

The driver of the car, Sujata Shroff, has since been arrested on charges of rash driving and culpable homicide not amounting to murder. Shroff claimed she suddenly felt dizzy and lost control of the vehicle.

The car hit the group around 2:45 pm on Monday, while they were standing on the divider in the middle of the road waiting for the oncoming traffic to stop, so that they could cross.

Most of the vehicles on the road slowed down, but the grey vehicle, driven by Shroff, rammed into the divider so hard that two in the group got thrown more than 30 feet away.

The three others, who are still fighting for their lives at a nearby hospital, have been recognised as Sajid Sheikh, his sister Nisha, and her 4-year-old son Syed Ali.