UP: After Ryan case, Class 1 student attacked with knife in school toilet

The incident took place in the toilet of Brightland School in Triveni Nagar locality of Lucknow on Tuesday morning. 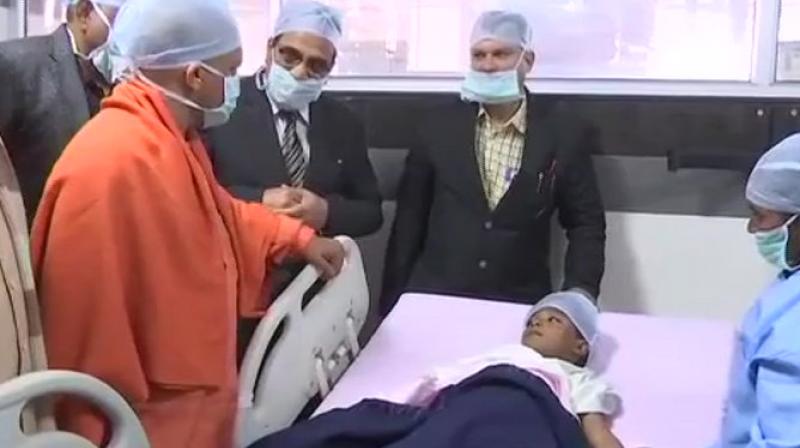 Lucknow: In a case that brings back memories of the brutal killing of a seven-year-old boy in Gurgaon's Ryan International School, a Class 1 student was attacked with a knife in the toilet of a private school in Uttar Pradesh's capital Lucknow. The six-year-old boy has deep wounds on the chest and stomach, but is said to be out of danger.

The incident took place in the toilet of Brightland School in Triveni Nagar locality of Lucknow on Tuesday morning.

"I was informed by the school that my son is injured. He has been attacked with knife by a girl," said the boy's father.

The six-year-old was rushed to the Trauma Centre from school. Dr Sandeep Tewari, who was treating the boy, said the wounds "seem to have been inflicted with a knife-like sharp object".

A case has been registered, but the police are yet to identify the student who attacked the boy, officials said.

Panic gripped the school on Wednesday when other parents came to know about the attack and accused the school administration of trying to hush up the case.

When contacted, director of the school Veena Vyas, said, "I am taking all the precautions in view of Ryan International school case. We are also looking at whether it is due to the deadly game 'Blue Whale Challenge'."

"We have 70 CCTV cameras installed in the school and we are going through the footage," she said.

In September 2017, seven-year-old Pradyuman Thakur, studying in class II in Gurgaon's Ryan International School, was found with his throat slit outside the school's washroom. He was allegedly murdered by a 16-year-old student of the same school who wanted to defer an approaching examination and a parent-teacher meeting.