A car and window panes of Jadhav's home were damaged in the attack that took place around 1.30 am, a police official said. 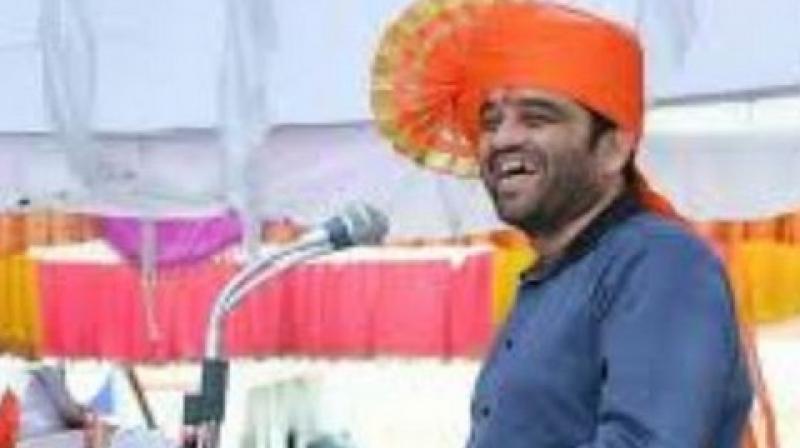 Former Shiv Sena MLA Harshwardhan Jadhav's wife and two sons were present inside the house at the time of the incident. (Photo: ANI)

Aurangabad: Former Shiv Sena MLA Harshwardhan Jadhav's residence in Maharashtra's Aurangabad district was vandalised by unidentified persons in the early hours of Thursday after he allegedly made demeaning remarks against Uddhav Thackeray at an election rally, police said.

A car and window panes of Jadhav's home were damaged in the attack that took place around 1.30 am, a police official said.

His wife and two sons were present inside the house at the time of the incident.

Jadhav, who is contesting the October 21 state polls as an Independent from Kannad in Aurangabad, at a rally here on Wednesday allegedly made some objectionable comments against Thackeray over the induction of former Congress minister Abdul Sattar into the Sena, the police official said.

Sattar is the Shiv Sena's nominee from Sillod Assembly constituency in the district.

After a purported video of Jadhav's comments went viral on social media, some angry Shiv Sena workers went to CIDCO police station on Wednesday evening and demanded registration of a case against him.

Around 1.30 am on Thursday, some unidentified persons attacked his residence with stones, damaging a car and window panes, the official said, quoting the complaint filed by the Jadhav's wife.

"The people who attacked our house were shouting slogans like 'Jai Bhawani, Jai Shivaji'," the complainant, Sanjana Jadhav, told reporters on Thursday. Security has been stepped up at Jadhav's residence and police personnel have also been deployed at his another house in the district, the police official said.

Jadhav last year resigned from the Sena after being miffed with the party leadership over the issue of reservations for the Marathas, Dhangars and Muslims. He later floated his own outfit - Shiv Swarajya Bahujan Paksh.

Meanwhile, Shiv Sena's district president and MLC Ambadas Danve said that the party workers were angry with Jadhav over his "disgraceful" remarks against Thackeray.

"We will teach him a lesson, but after the elections," he said. "We are unaware of who attacked his residence. We will not take any action against him right now as he might get sympathy of voters. Hence, we will wait for the polls to conclude," Danve said.