Shahabuddin's counsel told the bench that transferring the RJD leader to a prison outside the state would violate his fundamental rights. 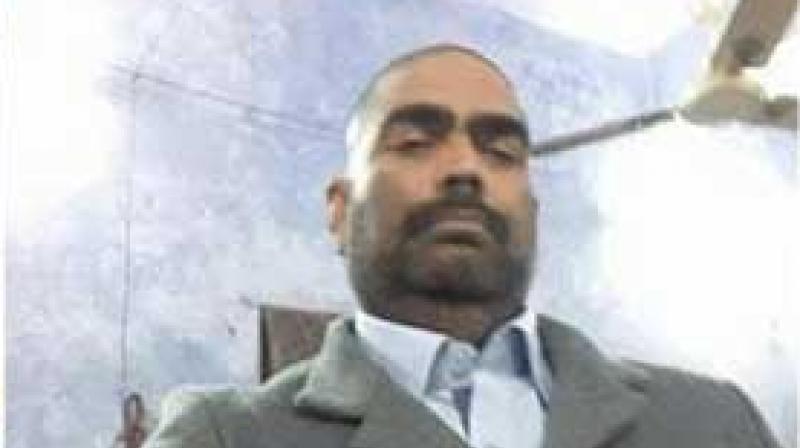 New Delhi: The Supreme Court on Tuesday reserved its judgement on the issue of whether to shift controversial Rashtriya Janata Dal (RJD) leader Mohammad Shahabuddin from Siwan jail to any prison outside Bihar.

However, a bench of Justices Dipak Misra and Amitava Roy said the petitioner's request to direct lodging of FIR against Shahabuddin and RJP supremo Lalu Yadav's son and Bihar Health Minister Tej Pratap Yadav, who was purportedly seen in a photograph published in newspapers with one of the two alleged sharp shooters, would be dealt with separately.

Senior advocate Shanti Bhushan, appearing for Siwan-based Chandrakeshwar Prasad, whose three sons were killed in two separate incidents, argued before the bench that the apex court had the power to transfer an inmate from one jail to another outside the state.

"This petition has been filed to protect the society at large from this unlawful man. It is identical to Pappu Yadav's case," he said.

During the hearing, the apex court observed, "Article 21 has two layers. It is like a two-storeyed building which deals with rights of an accused as well as the rights of the victim.

If you will compare which of these two floors would have more rooms, that the court will decide".

Advocate Kislay Pandey, representing Asha Ranjan, the wife of scribe Rajdeo Ranjan who was murdered in Siwan, told the apex court that one more FIR has been lodged against the RJD leader for violation of the jail manual.

"A full-fledged photoshoot was organised inside the jail three-four days ago. One more FIR has been lodged against him for violation of the jail manual," he said.

To this, the bench said, "We don't want to see the another FIR. We will pass an order".

Meanwhile, senior advocate Shekhar Naphade, appearing for Shahabuddin, told the court that the petitioner has not placed even a single evidence on the allegations against Tej Pratap Yadav.

Shahabuddin's counsel told the bench that transferring the RJD leader to a prison outside the state would violate his fundamental rights.

The Bihar government had earlier told the apex court that it is not "averse" to shifting Shahabuddin from Siwan prison to Tihar Jail in New Delhi while concurring with CBI's stand which has already agreed to the bench's suggestion that the alleged history sheeter be shifted to Delhi as his continuous presence in Bihar may adversely impact trials in various pending criminal cases against him.

The state government had told the bench that Shahabuddin has been facing trial in 45 cases, including one in Jharkhand.

CBI had filed a status report in the murder case of scribe Rajdeo Ranjan and said it will welcome if the cases were transfered to Delhi.

On October 17 last year, the apex court had granted three months to CBI to conclude probe in the sensational scribe murder case and directed that the six accused, including

Mohammad Kaif and Mohammad Javed, cannot seek statutory bail on the ground of non-filing of charge sheet in the matter.

Ranjan, 42, a senior journalist working with a vernacular daily, was shot dead on the evening of July 22 last year in Siwan town.

The apex court, on September 23 last year, had directed CBI to proceed with its investigation in the murder of the journalist and asked Bihar Police to provide protection to the family members of the slain scribe.

Asha, the wife of the deceased scribe, had moved the apex court seeking transfer of the probe and trial in the case to Delhi.