Mukerjea filed the plea last month in which she sought temporary release, citing the risk of contracting coronavirus 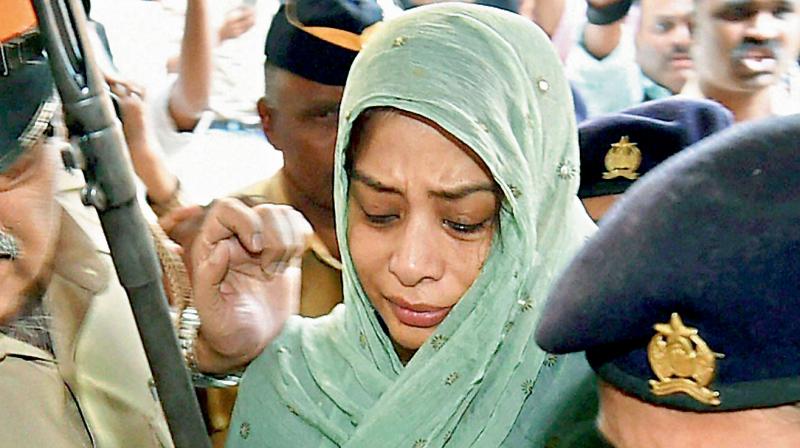 A special CBI court in Mumbai on Wednesday rejected the interim bail plea of Indrani Mukerjea, the prime accused in the Sheena Bora murder case.

Mukerjea, who is currently lodged at the Byculla women's jail in Mumbai, filed the plea last month in which she sought temporary release, citing the risk of contracting coronavirus. However, special CBI court Judge J.C. Jagdale rejected her interim bail plea on Wednesday. The court earlier also rejected her four regular bail applications filed on medical grounds, while another one moved on merits of the case is still pending.

In her latest plea, Mukerjea had sought temporary bail for 45 days, citing the coronavirus outbreak and her medical history. She said in view of the rising number of Covid-19 cases in Maharashtra, there is no certainty when the trial or hearing for bail (on merits of case) will begin.

The plea also said she has been in judicial custody ever since her arrest in August 2015, and suffering from chronic ischemic changes in her brain arteries. The application also said she suffered from blackouts time and again and has been on medication. Thus, considering her medical history and guidelines issued by the high-powered committee, the court should grant interim bail to her, the application said.

The CBI had opposed her plea saying as per recommendations of high power committee that was appointed to frame guidelines to release prisoners in view of Coronavirus pandemic, releasing prisoners facing serious crimes like murder was not suggested.

It had also argued that appropriate steps have been taken to contain the spread of Coronavirus in the jail and Indrani’s health is in good condition. Hence there are very less chances of her contracting the disease and she should not be granted bail.