Rao Narbir Singh has denied dissuading Pradyuman’s family from asking for a probe by CBI. 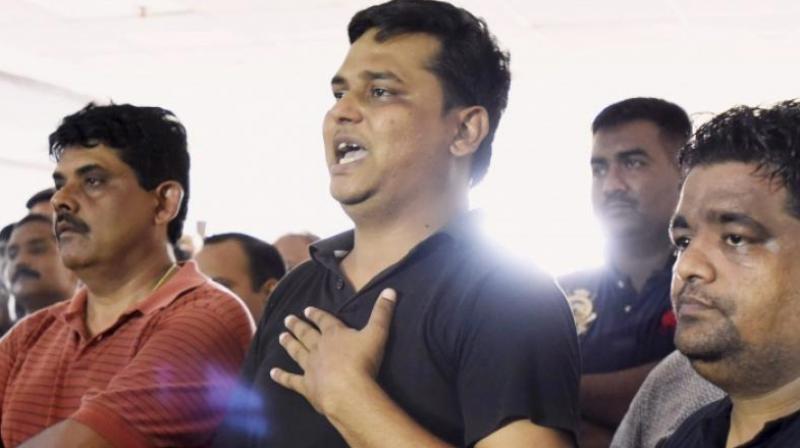 Pradyuman Thakur was found dead with his throat slit in the toilet of Ryan International School in Gurgaon on September 8. (Photo: PTI/File)

New Delhi: Father of seven-year-old Pradyuman Thakur who was found dead with his throat slit at Ryan International school, Bhondsi, in Gurgaon on September 8, on Wednesday said that he was asked by a Haryana minister not to insist for a probe by the Central Bureau of Investigation (CBI) into the murder of his son.

Father Varun Thakur said, "Haryana Minister Rao Narbir Singh came to us and asked not to insist on CBI inquiry as it will take time, and trust police probe."

Varun however told the minister, "if CBI also comes to the same conclusion as Police then we will accept it, but we want CBI probe first."

Rao Narbir Singh has denied dissuading Pradyuman’s family from asking for a probe by CBI.

"I had just said that no Govt can recommend CBI inquiry on same day of incident, I told the victim's family to allow police probe for a week or so.. if not satisfied then will recommend CBI," Rao said.

The Gurgaon Police had arrested school bus conductor Ashok Kumar within hours of the crime and claimed that he was present inside the washroom when the murder took place. The police even presented the knife used in the crime.

However, the case got a new twist after the CBI, detained a Class 11 student of the school, claiming that it had ample evidence to prove that he was involved in the crime.

According to the investigating agency, the student attacked Pradyuman to get the upcoming exams and parent-teacher meeting (PTM) postponed.

The Class 11 student searched online for various types of poisons and methods of usage before carrying out the crime. The teen also looked up for methods to remove fingerprints from knife.

The information came to light when the CBI checked the browsing details on his mobile phone and laptop.

A Gurgaon juvenile court had sent the boy to Faridabad observation home till November 22.