Lieutenant General DS Hooda underlined the need for 'a more consistent and long term policy' to deal with terrorism. 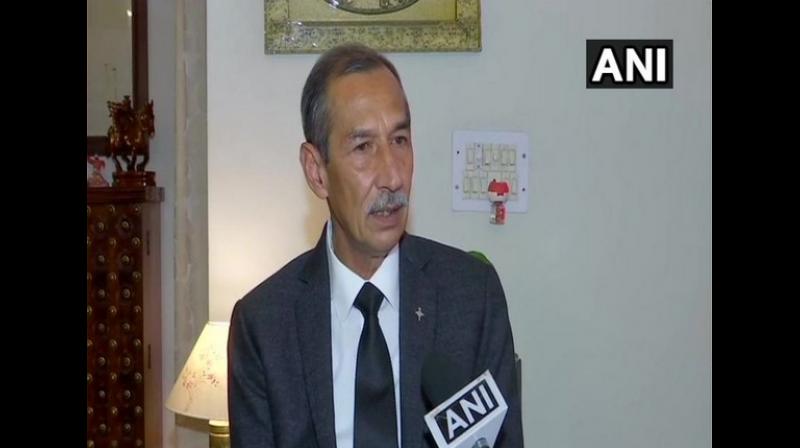 New Delhi: The hand of Pakistan in dreaded terror attack on the CRPF convoy in Pulwama on Thursday has been completely revealed, said Lieutenant General (Rtd) DS Hooda on Friday while underlining the need for “a more consistent and long term policy” to deal with the menace of terrorism.

Lieutenant General Hooda, who oversaw the 2016 Surgical Strike, told ANI: “It is a big tragedy. Very clearly Pakistan's hand is completely revealed. There needs to be a response to this, but let’s have a more consistent and long term policy.”

Nearly 40 CRPF personnel were killed when a Jaish-e-Mohammad terrorist rammed a vehicle carrying over 100-kg explosives into their bus on Srinagar-Jammu national highway on Thursday at around 3.15 pm at Ladhu Modi Lethpora. The convoy consisted of 78 buses in which around 2,500 CRPF personnel were travelling from Jammu to Srinagar.

India on Friday also announced the withdrawal of most favoured nation (MFN) status to Pakistan. New Delhi had granted MFN status to Pakistan in 1996, a year after the formation of the World Trade Organisation (WTO), but Pakistan never reciprocated.

Anti-Pakistan protests were held on Friday across the nation to condemn the dastardly terror attack, while the key world leaders from across the globe stood in support of India, underlining the need for defeating the menace of terrorism in unison.