After recovery from Covid-19, Kochhar back in ED custody 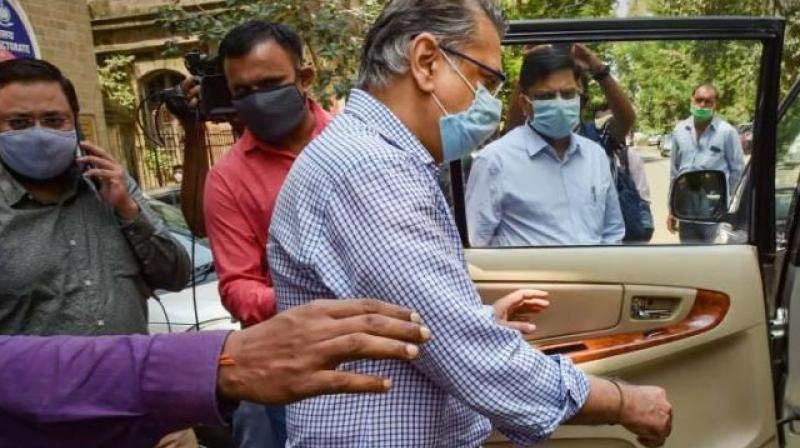 Mumbai: A special PMLA court on Tuesday remanded Deepak Kochhar, former chief executive of Videocon Group, to the custody of Directorate of Enforcement till October 17 in connection with a money-laundering case. He has been taken into custody after being discharged from a Delhi hospital following his recovery from Covid-19.

Kochhar, husband of former ICICI Bank managing director Chanda Kochhar, had earlier been remanded to ED custody till September 14. He tested positive for Coronavirus on September 14, because of which his ED custody was suspended and he was sent to judicial custody during which he hospitalised for medical treatment.

After taking him into custody the ED brought Kochhar to Mumbai and produced him before Prevention of Money Laundering Act (PMLA) court and requested the judge to remand him to five day's police custody.

Though Kochhar's lawyer Vijay Aggarwal had opposed the ED plea saying his client needed two-week rest for post Covid care,  the judge remanded him to ED custody till Saturday. Chanda Kochhar had also submitted that her husband was too weak.

However, after hearing the arguments of both the sides, the judge said that the investigation agency should get a fair chance. The judge also said that since Kochhar was already remanded to ED custody but that had to be suspended and hence he thinks the agency should get his custody.

The ED started an investigation into money laundering after the CBI registered a case of corruption against the couple. According to prosecution, the ICICI Bank sanctioned a loan of Rs 300 crore to Videocon International Electronics Ltd (VIEL), for which the Kochhars received a bribe instantly. The wife (Chanda Kochhar) of the arrested accused was chairperson of the sanctioning committee. The loan was disbursed to the VIEL on September 7, 2009.

The remand application of the ED states that the next day of receiving loan amount i.e. on September 8, 2009 VIEL transferred Rs 64 crore to NuPower Renewables Ltd (NRL), which is managed, owned and controlled by Deepak Kochhar.