India   Crime  14 Jun 2019  Illegal pills given to women workers in TN to make them work through period pain
India, Crime

Pills given to the Thomson Reuters Foundation by workers had no markings to show the brand, their composition or expiry date. 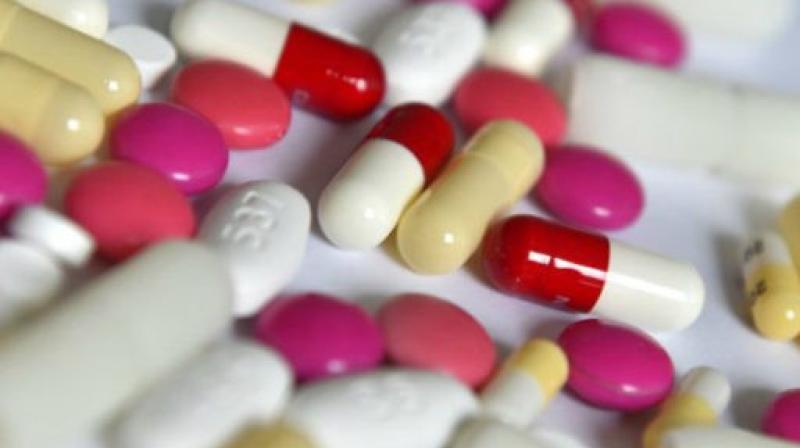 A Thomson Reuters Foundation expose based on interviews with about 100 women in Tamil Nadu’s multi-billion dollar garment industry found all of them were given unlabelled drugs at work for period pains, and more than half said their health suffered. (Photo: File I Representational)

Chennai: Sudha seldom thought about the pills she took to ease her period pains during 10-hour shifts as a seamstress in southern India.

She could not afford to let anything interrupt her work and cut her wages so she sought medicine from a factory supervisor.

“They are depressing days and the pills helped,” said the factory worker in Tamil Nadu, India’s southern textile hub.

But by the end of her first year of work, and after months of taking painkillers without medical advice, Sudha’s menstrual cycle had gone haywire aged 17 - and she was not the only one.

A Thomson Reuters Foundation expose based on interviews with about 100 women in Tamil Nadu’s multi-billion dollar garment industry found all of them were given unlabelled drugs at work for period pains, and more than half said their health suffered.

The drugs were rarely provided by medical professionals, in violation of labor laws, and the state government said it would monitor the health of garment workers in light of the findings.

Many of the women said it took them years to realise the damage the medication had done as they were never warned about side effects, with health problems ranging from depression and anxiety to urinary tract infections, fibroids, and miscarriages.

Pills given to the Thomson Reuters Foundation by workers had no markings to show the brand, their composition or expiry date.

But two doctors who analysed the pills said they were non-steroidal anti-inflammatory drugs - similar to ibuprofen and Advil - that could help relieve menstrual cramps but were known to have possible harmful side-effects if taken frequently.

Activists, academics and doctors have voiced concerns that female workers’ lives were being tightly controlled, from toilet breaks to periods, to keep production lines running as India’s garment sector faces ever greater demands from Western brands.

Medical tests found that Sudha - who did not give her surname for fear of reprisals - had fibroids, which are non-cancerous growths that develop in or around the uterus.

A doctor said she needed to stop working and rest.

“Half my salary (Rs 6,000) would go in paying off the loan and a big amount on my trips to the doctor,” Sudha said. “It became a cycle I was not able to break. And even though my health became worse, I needed to keep working to pay the bills.”

In response to the Thomson Reuters Foundation’s findings, an official from Tamil Nadu said the state would this year launch a project to monitor the health of its garment workers and collect data on how many suffered from work-related health problems.

While India’s Factories Act requires medical dispensaries to be run by qualified nurses or doctors, some small factories flout the law, said Manivelan Rajamanickkam, the top official for occupational and environmental health in Tamil Nadu state.

The Ethical Trade Initiative (ETI), a group of trade unions, charities and companies including top brands such as H&M, Mothercare, and Gap Inc., said it had heard of pills being given to workers and was investigating.

Two top manufacturers’ associations said their member factories did not give our medication for menstrual pains, and that drugs were not normally provided without a prescription.

Sudha, now 20, said frequent gynecologist visits have wiped out her savings while it is a struggle daily to stitch up to 400 parts of clothing from collars and buttons to pockets.

“I have learnt to ignore my aches and pains when I go to work. I also stay away from any pills,” she said, holding a faded folder full of doctors’ notes and medical prescriptions.

“My body feels weak after the last couple of years working in the factory,” Sudha added. “It is difficult but I manage.”

About 40,000 garment factories and spinning mills across Tamil Nadu employ more than 300,000 female workers, according to data from the government, but the true number could be far higher with thousands of informal workers uncounted.

Growing pressure from big brands on suppliers to deliver clothes ever-quicker and cheaper is fuelling exploitation from a lack of bathroom breaks to verbal abuse, labor activists said.

But the fear of missing work and losing wages due to periods was a major worry for many female workers who said taking painkillers was the best way to ensure their output didn’t slip.

In each factory, a supervisor known as the “timekeeper” monitors workers’ hours and bathroom breaks and often manages a small medical dispensary for workers suffering aches and pains.

The women who spoke to the Thomson Reuters Foundation - most of whom were aged 15 to 25 - said they were always told to swallow the pills in front of the overseer, never knowing the name of the drugs or being warned about possible side-effects.

They identified the pills only by colour, size and shape.

Kanaga Marimuthu took medication every month for almost a year until she noticed a white discharge followed by aches, pains and a fever - then her periods stopped.

The 21-year-old was now in better health having visited a doctor, taken time to recover, and steered clear of the pills.

“The choice was between losing wages and popping more pills to get through the day’s production targets,” said Marimuthu, who now takes time off work if needed during her periods.

“I chose my health and pray everyday that I will recover completely soon.”

“We have given clear instructions to our members to be sensitive during such times (menstruation),” said Selvaraju Kandaswamy, general secretary of the Southern India Mills’ Association (SIMA), a trade body representing 500-odd factories.

“Factories keep a tab on the workers’ health, conducting regular blood tests to check haemoglobin levels and ensure nutritious food if workers have anaemia,” he added. “Often the workers who join ... are already anaemic and malnourished.”

Raja Shanmugam, head of the Tiruppur Exporter’s Association, said medicine was not normally provided to workers without a doctor’s prescription, and that factories only stocked basic medication for fevers or headaches and a balm for muscle pains.

“I am not aware of any medication being given to workers for their periods and we definitely would not support such a practice,” said Shanmugam, whose association counts more than 1,000 cotton knitwear manufacturers among its members.

“We ... cannot vouch for all factories, some of which are not our members.”

Officials from the Tamil Nadu state and the central government said they were not aware of pills being provided to workers.

“Unqualified supervisors doling out medicines should not be practiced,” he said, adding that medical dispensaries are legally required to be handled by a qualified nurse. “But compliance, especially in smaller factories, is a problem.”

“We will soon be doing surveillance across factories to get a real picture that will reflect the problems workers face.”

Peter McAllister, head of the ETI that represents about 66 companies in the garment sector - most of whom source from India - said his organisation had only recently heard of the practice.

“It is clearly unacceptable,” McAllister said.

Jeeva Balamurugan, general secretary of the all-women Tamilnadu Textile and Common Labour Union, said factory bosses knew the pills they provided could disrupt women’s periods yet still handed them out freely - aiming to keep the staff at work.

″(Some) workers take up to three days off during their periods and that impacts production,” said Balamurugan, who took pills during her periods at her old spinning mill job.

One “time keeper,” who spoke on condition of anonymity to protect her job, said her role mainly involved providing painkillers to the 4,000 female workers under her watch.

“The pills that are consumed the most are the ones for stomach ache, but I don’t know their names or their side effects,” said the woman.

“During their periods, the medicines help them finish work,” she added. “I myself would never swallow the pills - and dissuade my close friends working from taking them also.”

At a clinic in Dindigul, doctor P Nalina Kumari said she treated many women from spinning mills and garment factories.

“The pills they seem to be given are basically causing a hormonal imbalance in their bodies,” she said.

Selvi does not like to talk about her periods.

She remembers being teased by her male supervisor when she complained of cramps after starting work at a spinning mill.

From then on she kept quiet and asked for painkillers but six months later felt her insides “burning” and fell ill, forcing her to take 10 days off work and lose wages.

Selvi decided to stop taking the drugs after her health worsened, but said she was scared the damage had been done.

“I was always told this happens to everyone, it’s normal and I shouldn’t fuss,” Selvi said, sitting outside her home in Dindigul district. “So after a point, I stopped fussing.”

“These girls have proper menstrual cycles when they are at home and things go wrong only after they join work,” said Victor, whose organisation advocates for spinning mill workers.

Instead of being given spare sanitary pads or allowed longer bathroom breaks, women were handed pills that stop their periods and were harassed for working slowly, according to Victor.

“It is an issue no one talks about or acknowledges but everyone knows about. The prevalence .... is alarming.”

Under Indian labor laws, factories must have one toilet for every 20 workers but - barring a few major export factories - most do not, auditors and factory inspectors said.

“There are rules but implementation is a challenge,” said an independent auditor carrying out checks for global brands, requesting anonymity since he was presently conducting audits.

Workers get barely five minutes a day to use the restroom and many are thwarted by long queues, found a 2016 study by charity Community Awareness Research Education Trust (CARE-T).

Female workers said in many instances, dustbins were not cleared, regularly making the toilets impossible to use.

“The priority is always production,” said Prithviraj Sinnathambi, director of CARE-T, which promotes labor rights for garment workers in factories.

Manimekalai Natesan, head of women’s studies at Bharatidasan University, started documenting the lives of garment workers in 2011 and said there had been little sign of improvement.

“The exploitative methods continue but under different names and forms,” she said.

“In many instances, the toilets are deliberately kept dirty so that the women will refrain from using them and thereby not take restroom breaks. The idea is to extract maximum work.”

Sudha still works at the factory and has stopped hoping for change.

“I was very scared to speak up about the long hours, the period pain, the dirty bathrooms and so many other problems when I joined the factory,” she said, recalling her first few days.

“Four years later, the salary is still the same, the work hours are the same and armed with her medicine box, the time keeper is always watching our every move. Nothing has changed.”