Deepak Talwar was extradited to India in cases involving alleged routing and misuse of Rs 90 crore. 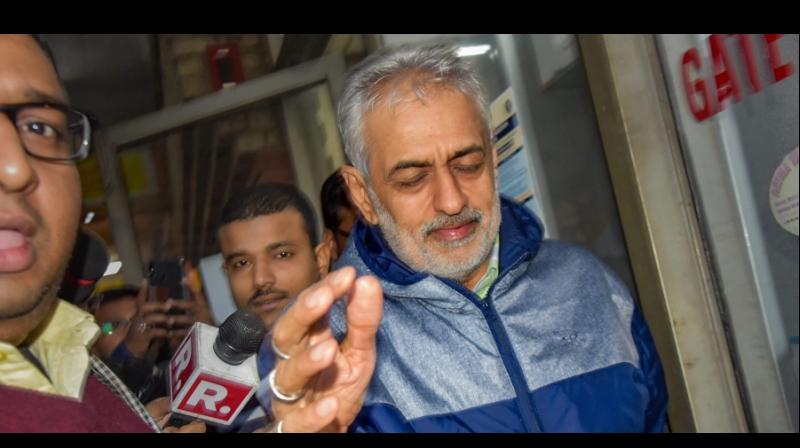 The court has posted the matter for next hearing on February 28. (Photo: File / PTI)

Special Judge Santosh Snehi Mann sent Talwar to the judicial custody after the Enforcement Directorate (ED) said that it does not need him for further interrogation in its custody. The court has posted the matter for next hearing on February 28.

Talwar was extradited by Dubai authorities on January 30, along with Dubai-based businessman Rajeev Saxena.

The ED has alleged that Talwar was involved in cases related to corporate lobbying. Last week, he was extradited to India in cases involving alleged routing and misuse of Rs 90 crore. He is the main accused who allegedly facilitated dispersal of profit making routes of Air India to foreign airlines using his contacts in Civil Aviation Ministry.

The ED had claimed earlier that Talwar has links with fugitive Vijay Mallya in a money laundering case related to the negotiations favouring foreign private airlines and causing loss to national carrier Air India.

Talwar was booked by the ED and the Central Bureau of Investigation (CBI) in criminal cases of corruption, while the Income Tax Department charged him with tax evasion.