Despite this, BJP MLA Pooran Prakash remained adamant and blamed the toll plaza employees for the entire incident. 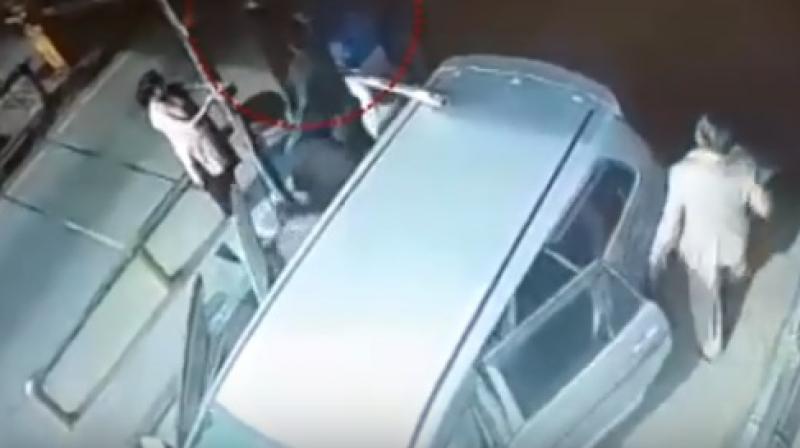 A video showed that after a barricade fell on the roof of BJP legislator's car while it was passing through the toll plaza, his son thrashed the booth worker. (Photo: Youtube screengrab)

Mathura: The son and supporters of a Bharatiya Janata Party (BJP) leader in Uttar Pradesh were caught on CCTV thrashing a toll plaza employee on Tuesday.

A video showed that as MLA Pooran Prakash's car was passing through the toll plaza, a barricade fell on the roof of it. Following which, the son and supporters came out of the car and thrashed the staffer at Mahuvan toll plaza.

Prakash was sitting inside the car when the entire episode took place.

Despite this, the BJP MLA from Uttar Pradesh's Baldev constituency remained adamant and blamed the toll plaza employees for the entire incident.

"My security vehicles went before us but still they dropped that stick on our car, despite seeing the big writings of 'vidhayak' on it. This is nothing new, they often do such things," he said.