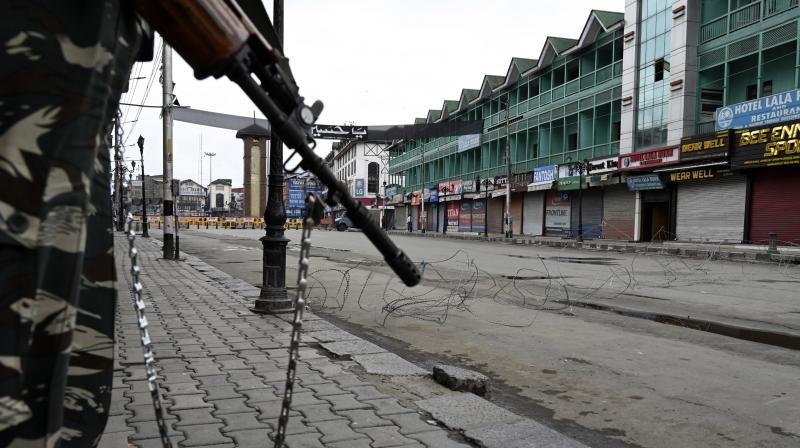 A second gunfight took place in Shopian’s Feripore village in which two militants were killed, the police said adding that the identities of the slain are being ascertained. — Representational image/By arrangement

SRINAGAR: The authorities in Jammu and Kashmir on Tuesday said that five militants were killed in two separate gunfights with the security forces in southern Shopian district earlier during the day.

A J&K police spokesman here said that one of the three The Resistance Front (TRF) militants gunned down in Shopian’s Tulran village early Tuesday was involved in the murder of Virender Kumar Paswan, a pani puri seller from Bhagalpur, Bihar.

Paswan, father of five daughters and two sons, who sold pani puri or golgappa snacks in Srinagar’s Bota Kada’l-Lal Bazaar area, was among the seven civilians shot dead in the recent spate of target killings in and outside Srinagar.

The J&K police and other security agencies are reported to have zeroed in on a militant from central Srinagar identified as Mehran Yasin Shala who, the officials said, was behind some of these target killings in the city.

The police spokesman said that the fighting in Shopian’s Tulran village broke out shortly before dawn after the security forces including local police’s counterinsurgency Special Operations Group along with the Army and the Central Reserve Police Force laid siege to it to flush out militants.

Confirming the killing of three TRF militants, Inspector General of Police (Kashmir range) Vijay Kumar said that one of them was Mukhtar Ahmed Shah, a resident of central district of Ganderbal, who had shifted to Shopian after gunning down the pani puri seller in Srinagar.

A second gunfight took place in Shopian’s Feripore village in which two militants were killed, the police said adding that the identities of the slain are being ascertained.