After carrying out raids at 7 locations in the city on Wednesday, NIA detained 6 for questioning, arrested prime accused Mohammed Azarudeen. 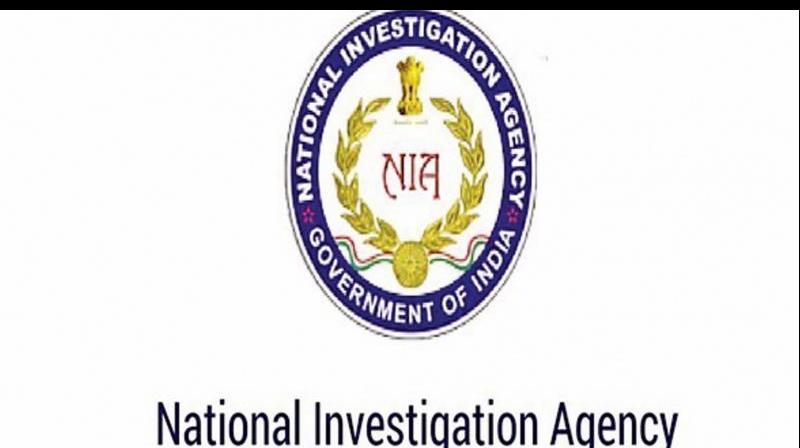 The officials are likely to take Azarudeen to Kochi in connection with the case and the other five have been asked to appear before a court in Kochi. (Photo: File)

Coimbatore: The National Investigation Agency on Thursday continued raids in Coimbatore for a second day in connection with the ISIS Kerala-Tamil Nadu module case.

After carrying out searches at seven locations in the city on Wednesday, the NIA had detained six people for questioning and arrested prime accused Mohammed Azarudeen, who was a Facebook friend of Sri Lankan Easter Day blasts mastermind Zahra Hashim.

Officials from the revenue and police departments are carrying out searches at the houses of three other people-Mohammed Hussain, Shahjahan and Hayatulla- from as early as 4.30 am Thursday, police sources said. NIA had registered cases on May 30 against Azarudeen, Sheik Hidyathullah, Akram Sindhaa, Aboobacker M, Sadham Hussain and Ibrahim alias Shahin, all from Coimbatore, for their involvement in recruiting youth and planning terrorist attacks in south India, especially Tamil Nadu and Kerala.

The officials had seized a number of devices like mobile phones, laptops, pen drives and incriminating documents during the searches on Wednesday. The intention of those detained was to recruit vulnerable youth into the ISIS or Daish for carrying out terrorist attacks in south India, especially in Kerala and Tamil Nadu, the NIA had said in a release last night.

Azarudeen was the leader of the module and has been maintaining a Facebook page 'KhilafahGFX', through which he had been propagating the ideology of ISIS, it said. The NIA has alleged that Azarudeen has been a Facebook friend of suicide bomber Zahran Hashim and other members of the module have also been sharing radical contents attributed to Hashim, over the social media.

The officials are likely to take Azarudeen to Kochi in connection with the case and the other five have been asked to appear before a court in Kochi, the sources said. The ISIS had claimed responsibility for the serial bombings in Sri Lanka on April 21 in which around nine suicide bombers were involved.