Sombir, a resident of Haryana’s Jassia village, was booked in February 2017 for hate speech against Prime Minister Narendra Modi. 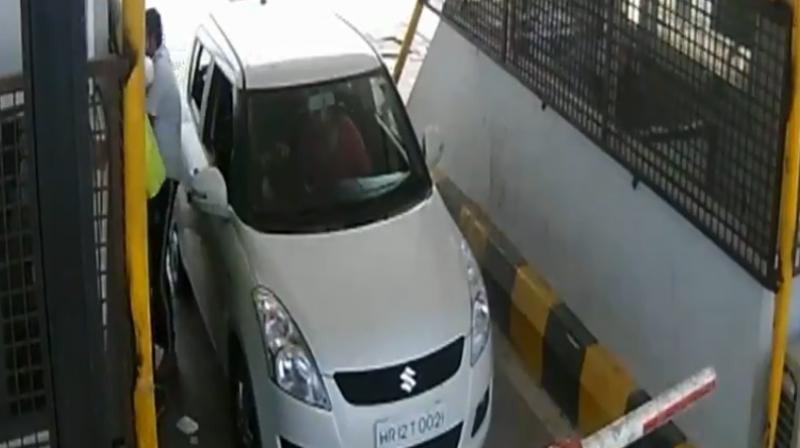 A video showed Jassia stepping out of the car and beating the toll plaza employee in February 2017. (Photo: Screengrab/ANI)

Mumbai: Jat leader Sombir Jassia, who has a sedition case against him on his beheading remark against Prime Minister Narendra Modi, misbehaved with a toll plaza employee on June 11 in Rohtak district of Haryana.

However, this is not the first time that Jassia has assaulted a toll plaza staffer. In 2017, he thrashed a poll employee in Rohtak.

A video of that incident showed the car of the leader coming and stopping at the toll booth. Jassia was seen stepping out of the car and beating the toll plaza employee.

Sombir, a resident of Haryana’s Jassia village, was booked under Sections 124 A (sedition) and 153 A (promoting enmity between groups) of the Indian Penal Code (IPC) in February 2017 for hate speech against PM Modi.

#WATCH: Jat leader Sombir Jassia, who has a sedition case against him thrashes toll plaza employee in Rohtak. #Haryana pic.twitter.com/CfAy25ItfF