India   Crime  13 May 2021  Centre promises help to family of Kerala woman dead in attack by Hamas in Israel
India, All India

The victim, survived by husband and nine year-old son who are living in Kerala, was working as a domestic help at a house in Ashkelon 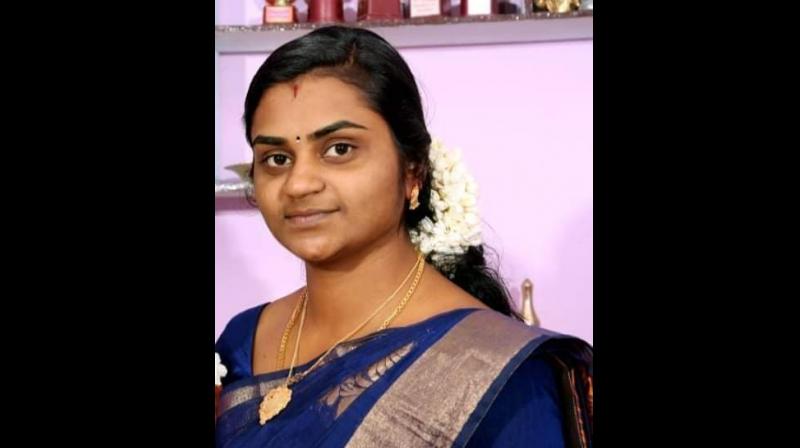 New Delhi:  An Indian woman from Kerala, identified as Soumya Santosh, 31, was killed in a rocket attack in Israel carried out by militant group Hamas, after which New Delhi assured all assistance to the family and also condemned the violence that has broken out, urging restraint by both Israel and Palestinian militant groups. The victim, who is survived by her husband and nine year-old son who are living in Kerala, was working as a domestic help at a house in the Israeli city of Ashkelon when a rocket fired by Hamas militants hit the house. Both Minister of State (MoS) for External Affairs V. Muraleedharan and Israeli Ambassador Ron Malka spoke to the family of the victim and paid their condolences.

MoS Muraleedharan said, “Spoke with the family of Ms Soumya Santhosh to convey my deep condolences at her tragic demise during the rocket attacks from Gaza today. Assured all possible assistance. We have condemned these attacks and the violence in Jerusalem, and urged restraint by both sides."

Israeli Ambassador Ron Malka said, “I just spoke to the family of Ms. Soumya Santosh, the victim of the Hamas terrorist strike. I expressed my sorrow for their unfortunate loss & extended my condolences on behalf of the state of Israel. The whole country is mourning her loss & we are here for them. My heart goes out to her 9-year-old son, Adon, who has lost his mother at such a young age and will have to grow up without her. This evil attack reminds me of little Moses, who also lost his parents during the 2008 #Mumbaiattacks. May God give them strength and courage.”

According to media reports, the victim hailed from Keerithodu in Idukki district and had been working as a domestic help in Israel for the last seven years. She was reportedly killed in the rocket attack as she was talking to her husband Santhosh back home in Kerala over a video call. “My brother heard a huge sound during the video call. Suddenly the phone got disconnected. Then we immediately contacted fellow Malayalees working there. Thus we came to know about the incident,” Mr Santhosh's brother Saji was quoted as telling news agencies.