India   Crime  13 May 2017  Inspired by SRK movie, Delhi man tries to kill husband of woman he was in love with
India, Crime

Inspired by SRK movie, Delhi man tries to kill husband of woman he was in love with

After Aggarwal got to know that police have launched a manhunt for him, he allegedly attempted to commit suicide. 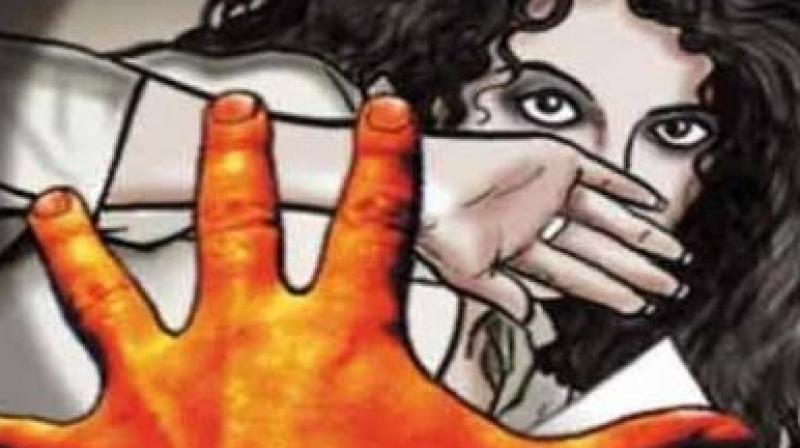 In December, the woman got married and this hurt Vivek, who decided to kill her husband, police said. (Representational Image)

New Delhi: A man allegedly tried to kill the husband of a woman he used to stalk and when arrested he told police, he was inspired by Shah Rukh Khan's act in Bollywood
movie 'Darr'.

After Vivek Kumar Aggarwal (37) got to know that police have launched a manhunt for him, he allegedly attempted to commit suicide by consuming sleeping pills and was admitted in a hospital. However, he was arrested yesterday, police said.

Vivek had first come in the contact of the woman in 2012 (she was still unmarried) when she used to work at a real estate firm in Kirti Nagar.

He was working as a real estate agent nearby. He fell in love with her and wanted to marry her, police said adding, he initially started following her without her knowledge.

He managed to get her number from the firm she worked for and started messaging and calling her. Initially, she didn't pay heed but once he sent her something suggestive she blocked him, they added. However, he kept pursuing her.

On April 20, the accused again attacked her husband while he was near his house in Vijay Vihar, police said.

A case was filed then and a team led by Abhinendra, SHO of Vijay Vihar police station, began probing the case.

During investigation, it emerged that the accused had taken pains to ensure that the woman wasn't injured in anyway. Police said he had a 'soft corner' for her.

In order to throw police off-track, Vivek even posted a letter to the woman's house claiming to be the sister of a woman, who had committed suicide after the husband had impregnated her, police said. He changed residence and even consumed sleeping pills in an alleged suicide attempt, but law caught up with him.

Police, however, managed to zero down on Vivek, and he was arrested after being discharged from a hospital following his alleged suicide attempt yesterday.

He told police that he is a fan of Bollywood actor Shah Rukh Khan and has seen Darr film several times. The actor's obsessive lover act was the inspiration for him to hatch a plan to kill the woman's husband.