A Pakistani court on Wednesday sentenced Saeed, the mastermind of 2008 Mumbai terror attack, to 11 years' prison for terror financing 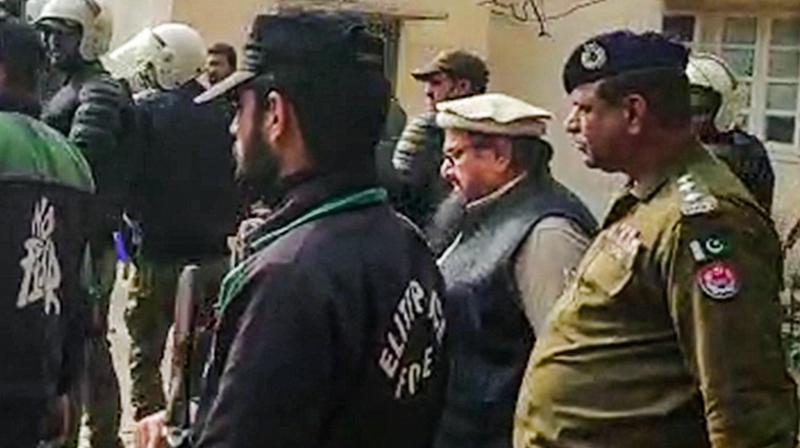 The efficacy of Pakistan's decision to send Lashkar-e-Taiba founder Hafiz Saeed to jail remains to be seen as it came just days ahead of a global watchdog's review on Islamabad's action against terror networks operating from the country, official sources said on Thursday.

A Pakistani court on Wednesday sentenced Saeed, the mastermind of 2008 Mumbai terror attack, to 11 years' prison in two cases relating to terror financing.

The sentencing of Saeed came just four days ahead of a meeting of global anti-terror watchdog Financial Action Task Force (FATF) in Paris to review Pakistan's compliance of an action plan prescribed by it to contain terror groups in the country.

Last year, the FATF asked Pakistan to fully implement its anti-terror action plan by February 2020 or face severe action. Pakistan was already kept under the “grey list” of countries by the FATF for failing to contain terror financing.

Indian government sources said it is part of a long-pending international obligation of Pakistan to put an end to support for terrorism and that efficacy of Saeed's sentencing remained to be seen.

“The decision has been made on the eve of FATF Plenary meeting, which has to be noted. Hence, the efficacy of this decision remains to be seen,” an official source said elaborating on the government's assessment of the action.

The sources said it's also to be seen whether Pakistan would take action against all other terrorist entities and individuals operating from territories under its control.

India has been pressing Pakistan to take action against all those involved in cross-border terror attacks including the Mumbai and Pathankot attacks.

It has to be seen whether Pakistan brings perpetrators of cross border terrorist attacks, including in Mumbai and Pathankot to justice expeditiously, the sources said.