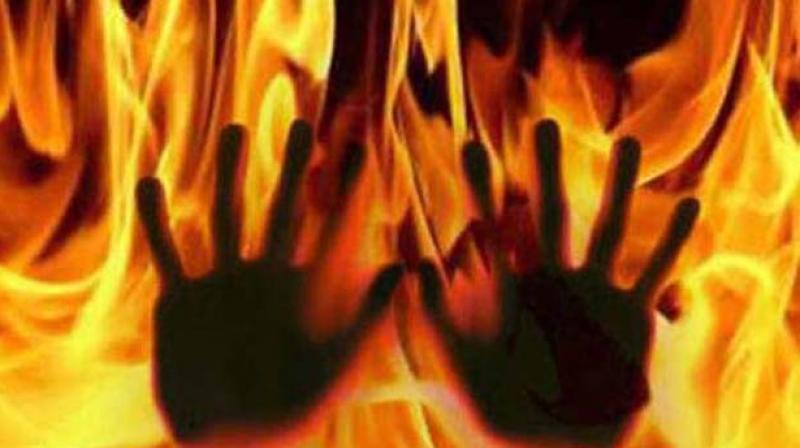 Bhopal: A youth in a village in Shahdol district in Madhya Pradesh on Thursday set a girl, his neighbour, on fire after pouring petrol on her for allegedly spurning his advances, police said.

The incident occurred in the village of Simhpur.

According to the police, the accused, Vijay Kumar Yadav (28), barged into the house of the victim (22) when she was taking a bath in her house.

He then poured petrol on her from the ventilator of the room before lighting her.

The girl cried for help after catching fire.

Her family members and neighbours rushed to the spot and rescued her.

She suffered 60 percent burns and was rushed to the nearby government hospital  where she was battling with her life, the police said.

The accused also sustained burn injuries in the process and was being treated in police custody.