The victim has sustained 60 per cent burn injuries and her condition is said to be critical. 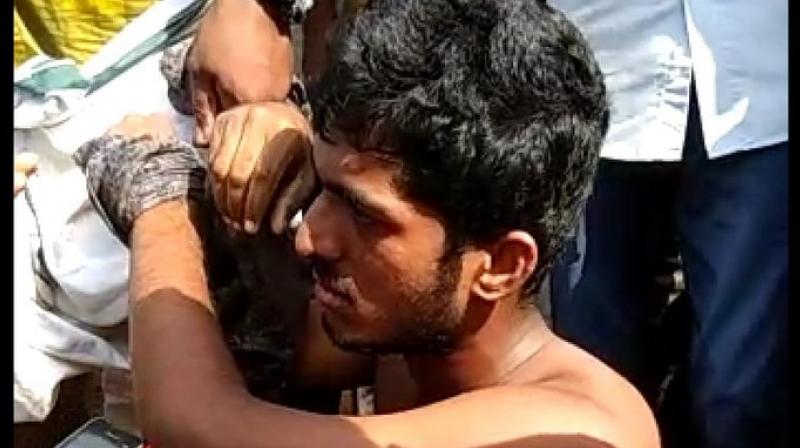 The accused is now in custody and interrogation is underway. (Photo: ANI | Twitter)

Thiruvalla: An 18-year-old girl was set ablaze by a man in broad daylight here on Tuesday.

The victim has sustained 60 per cent burn injuries and her condition is said to be critical.

According to eyewitnesses of the incident, the accused, Ajin Reji, set the girl on fire after pouring petrol over her. An onlooker nabbed the accused as he tried to flee the spot and handed him over to the Police.

The accused is now in custody and interrogation is underway.

According to the police, Ajin and the teen knew each other. “They were walking together in Thiruvalla when suddenly the boy took out a can of petrol and set her on fire,” the police added.

A case has been registered against the accused under section 307 (attempt to murder) of the Indian Penal Code (IPC).