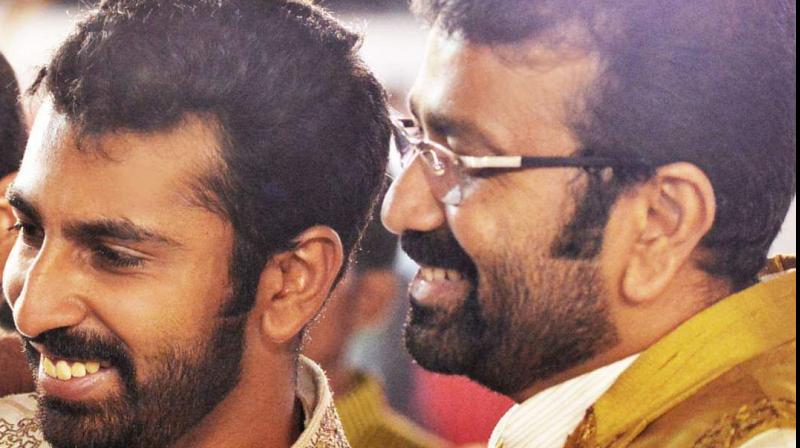 Bengaluru: The young man whose Bentley ran over a motorcycle and then an autorickshaw on Bellary Road three days ago surrendered to the traffic police on Wednesday, sobbing that it wasn’t he at the wheel.

Mohammad Nalpad is the son of powerful Congress politician S A Harris.

The accident injured an auto driver, his wife and six-year-old child and left the biker with a fractured leg.

The incident took place at around noon February 9 near the Mekhri Circle underpass on Bellary Road.

Nalpad went to the Sadashivanagar traffic police station with his lawyer and was given station bail.

He said it was not he at the wheel, but his driver Balu, when the Bentley went out of control.
“I was very much there but I wasn’t driving the car. I shifted the injured to hospital and even picked up the expenses,” he said.

Sobbing, Nalpad said he had had to answer anxious queries from his aged grandfather and grandmother.

“I have not committed anything wrong.”

Earlier, joint commissioner (traffic) Ravikanthe Gowda was certain that Nalpad was indeed driving the car when the incident happened.

Police sources said there was an attempt to make Nalpad’s gunman surrender in his stead. However, investigations are said to have nailed his involvement in the accident. Sources said that if this is indeed proved true, the police would have to file a criminal case.

Nalpad was allegedly involved in an assault case earlier in which he landed in prison for 116 days. The incident made it difficult for his father S A Harris to secure a Congress ticket. He managed to get one and won from Shanthinagar constituency.