Macaque’s ‘death anniversary’ turns into legal battle in UP

Uday Pratap was put under house arrest between September 30 and October 1, after he insisted on holding a community feast at the Hanuman temple. 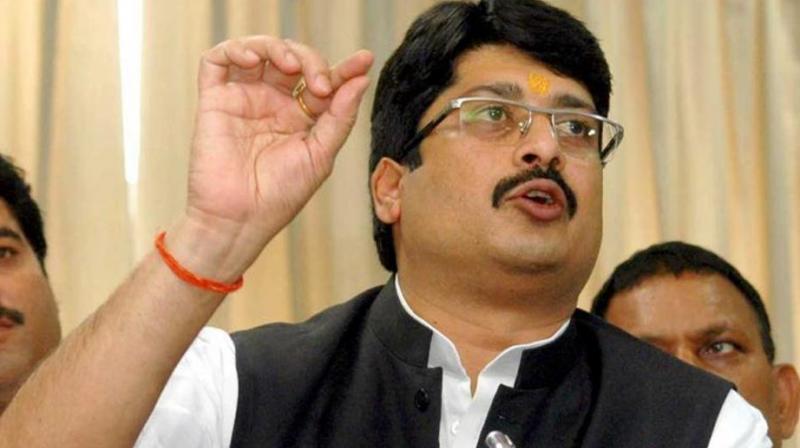 Lucknow: The “death anniversary” of a macaque, a long tailed monkey, at a Hanuman temple in Pratapgarh district has turned into a high-profile legal battle between the Yogi government and Raja Uday Pratap Singh, father of independent MLA Raja Bhaiyya.

Uday Pratap Singh, the erstwhile ruler of Bhadri estate, known as Bade Maharaj in the area, had been restrained by the state government from holding a ceremony to mark the death anniversary of the macaque at the temple on the grounds that it would interfere with the Moharram processions.

The temple, where the ceremony was to be held, is located in village Sheikhpur Ashik in Kunda, Raja Bhaiyya’s constituency, and has an equal population of Hindus and Muslims.

Uday Pratap was put under house arrest between September 30 and October 1, after he insisted on holding a community feast at the Hanuman temple.

Uday Pratap, a well-known Hindu activist, has now filed a petition in Allahabad high court against the government order that restrained him from holding the event.

He said that the “visiting macaque” had died in the temple on this particular day and “the death anniversary (of animal or person) is commemorated by Hindus on a particular day, which cannot coincide every year with the 10th day of Muharram”.

The administration had asked him whether a death anniversary of anyone, or any festival, or any religious ceremony can be organised by the Islamic calendar, which follows the lunar movement.