The two accused joined the police investigation on Wednesday at the Sector 26 police station. 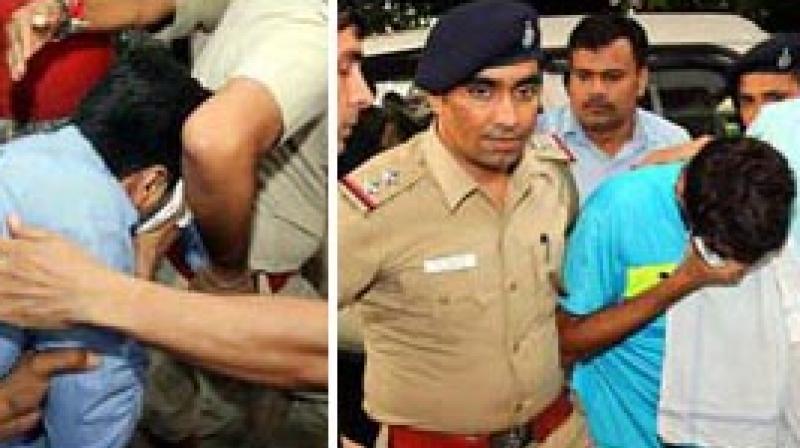 Chandigarh: Haryana BJP president Subhash Barala’s son Vikas Barala and his friend Ashish Kumar were on on Thursday remanded in two-day police custody by a local court in an abduction and stalking case involving an IAS officer’s daughter, Varnika Kundu.

After presenting both the accused in the court, Chandigarh police askedfor their custody saying that they required to interrogate the accused to reconstruct the crime scene.

The two were re-arrested and charged with the attempted abduction of the victim,  29-year-old disc jockey Varnika Kundu, on Wednesday, after the Chandigarh police were accused of going soft on them.

The duo, who left the Sector 26 police station amid tight security on Thursday afternoon, reached the district court complex at 2.20 pm. Though Vikas and Ashish were arrested on Saturday, after Varinka Kundu filed a complaint, they were later released on bail.

The stalking incident and their subsequent release under bailable sections of the Indian Penal Code (IPC) and the Motor Vehicles Act triggered nationwide outrage and a spate of protests. The two accused joined the police investigation on Wednesday at the Sector 26 police station.

They were interrogated by the policemen and later arrested under non-bailable sections of the IPC. If convicted under the new charges, they are liable to be punished with imprisonment extendable up to life.

Upon being confronted with CCTV footage of the incident, Vikas reportedly admitted that he was the one driving the Tata Safari Strome SUV that pursued Varinka Kundu for 20 minutes. Although, both of the accused denied that they wanted to abduct Varinka Kundu.