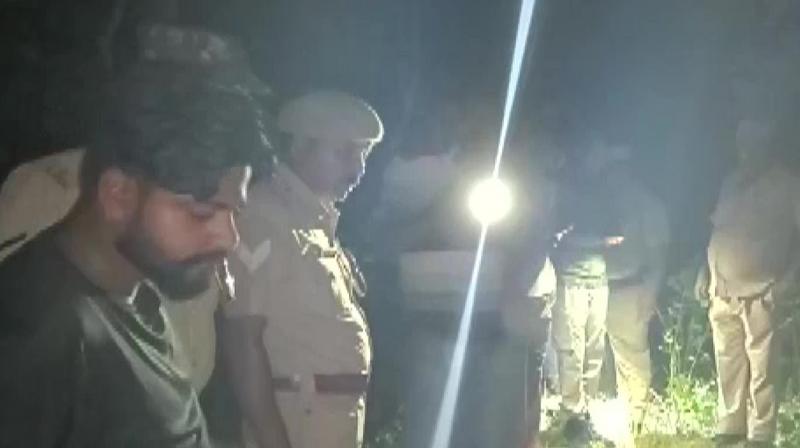 The incident at Bor Lalung village came to light on Saturday after the police picked up five persons, including three women, for interrogation. The village is about 17 km away from the district headquarters Nagaon. (ANI Image)

Guwahati:  A man in central Assam’s Nagaon district was allegedly burnt alive after a kangaroo court adjudged him guilty of murdering a woman.

The incident at Bor Lalung village came to light on Saturday after the police picked up five persons, including three women, for interrogation. The village is about 17 km away from the district headquarters Nagaon.

Locals pointed out that the village governing body organised a trial on Saturday after a woman, identified as Sabita Pator died three days ago under mysterious circumstances. During the trial, a villager claimed the woman was murdered by five persons and named Ranjit Bordoloi as the prime accused.

The man reportedly confessed to strangling Ms Pator. This infuriated the villagers who were present in the meeting convened by the village governing body. The meeting of villages declared him guilty of murdering the woman. The angry villagers allegedly tied him to a tree, burnt him alive and buried the body.

The police exhumed the body and are probing the case. "We received information that a farmer (Mr Bordoloi) was burnt alive after a public hearing where he was held guilty of murdering another person. We have recovered the body and detained some people," said Mrinmoy Das, sub-divisional police officer (SDPO) Kaliabor.

According to police, Mr Bordoloi had sustained nearly 90 percent burns. The body has been sent for a post-mortem and its report is awaited. A case of murder has been registered and five people from the village, including three women, have been detained for questioning.

Police said that its preliminary investigation has revealed that on the morning of July 2, the body of Ms Pator, who was in her mid-20s and was married two months ago, was found in a village pond. The woman, who happens to be Mr Bordoloi’s neighbour and the wife of his nephew, was reportedly pregnant.

"Villagers initially thought the cause of Ms Pator's death to be drowning and cremated her without informing the police. But on July 5, rumours started circulating in the village that Ms Pator had been murdered and thrown in the pond," said local police.

As the rumours spread, on Saturday the village's governing body convened a meeting of villagers and held a kangaroo court where Mr Bordoloi was declared responsible for Ms Pator's death.

After the self-styled village court pronounced Mr Bordoloi guilty, nearly 50-60 villagers went to his house and picked him up. He was first badly thrashed and the allegedly tied to a tree and burnt to death by pouring kerosene on him, police said.